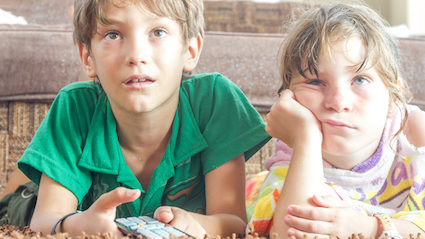 SCHOOL closures have turned World Book Day into World Shut Up And Put Something Else On Netflix I’m Trying To Work Day, parents have confirmed.

The closure of many of Britain’s schools because of snow means that children could stay at home and enjoy the magic of reading if that was not too much trouble for parents.

Mary Fisher of Stafford said: “In theory I should make them read their books then give them telly as a reward, but in practice I’ve cut out the middleman.

“Oi! Why’s that telly off? Stop playing imagination games, I haven’t got time to tidy up after you.”

Daughter Amelia said: “Mummy says telly is like a book but with just one big, moving page. So this morning I’m reading Loose Women.” 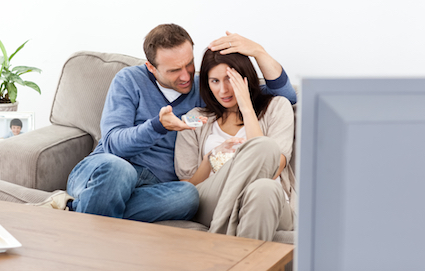 SNOWBOUND workers across Britain have encountered the Jeremy Kyle Show for the very first time.

Tom Logan, a solicitor from Kent, said: “Not me, I used my laptop to get on with some important work. Probably.

“And not that I was remotely interested, but apparently today’s show was about this bloke who’s married to three sisters, two of them are his and four of the children are married to their own mothers. They’re called it ‘Help! I Think My Mum is My Wife’s Brother’s Wife!’.”

Professor Henry Brubaker, of the Institute for Studies, said: “Many people have had their first glimpse at the grotesque homunculus that lurks in the dark heart of British society.

“There will be two distinct effects. There will be those who watched it and will now be haunted by it every day for the rest of their lives but are somehow still able to function.

“And then there will be those who became instantly and catastrophically addicted and who will give up their jobs and find themselves trapped in a chaotic downward spiral that will ultimately lead to an appearance on the Jeremy Kyle Show.”