Scientists discover last baby name it's safe to laugh at

SCIENTISTS have revealed the only baby name it is still safe to laugh at.

The growth of absurd ‘original’ child naming means that many Britons feel unable to openly mock even stupid pretentious names such as Sparklehunch, Lunar Catheter or Gloucester Bus Station.

Professor Henry Brubaker from The Institute for Studies said: “It is essential that we still believe we can judge others’ poor choices, and laugh at them. There is one baby now that we can still all laugh at. And that name is Trevor.

“It’s not even a particularly stupid name. It’s just there aren’t any Trevors because the name is neither weird enough for attention-seekers or modern enough for the more populist baby namer.

New aunt Nikki Hollis said: “When my sister was pregnant I jokingly said ‘You’re not going to call her something awful like Bumalonia are you?’ and three people around the table put their glasses down and looked at me. Apparently it is Greek for ‘ray of sunshine’.

“I’m delighted there’s still one name we can all belittle.” 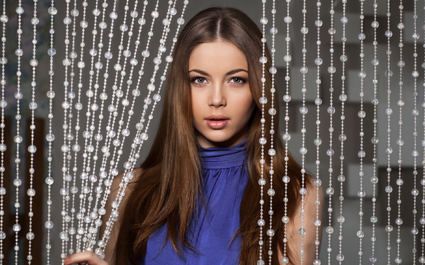 THE government has suggested that the border between Ireland and Northern Ireland could be one of those beaded curtains popular in the 1970s.

Ministers believe the curtain, which would run for the full 310 miles from Lough Foyle to Carlingford Lough, would fulfill EU requirements while allowing goods to simply be driven through.

A spokesman said: “You remember them? They were made of like cane or bamboo or something. Everyone had them.

“You’d put it in the doorway between the kitchen and the dining room, and they’d stop cooking smells getting through but you could still talk, or something. Actually I’m not sure why we had them.

“But if we use one, it’ll mean everyone knows exactly where the border is while not presenting any kind of barrier that would upset the IRA because you just part it with your hands.

“And if anyone tried to take terrorists or drugs or imports from China that don’t meet EU standards through, we’d know immediately because we’d hear the beads rattle.”