White jeans on night out f***ed up after 15 minutes

A PAIR of pristine white jeans have lasted just quarter of an hour on a night out before getting disgustingly dirty.

Lucy Parry confidently put on the jeans for a night out with her friends as if they were meeting on a yacht in Monaco, rather than a cheap curry house in Balham that specialises in luridly colourful dishes.

Friend Catherine Phelps said: “Within minutes she’d dropped a big dollop of bhuna onto her lap. She did her best to dab it out in the bathroom but trying to get curry out of ivory white denim is just pissing in the wind. She looked like she’d somehow soiled herself from the front.

“Then we went to a club where our friend Sophie spilt a vodka and coke on the jeans, before we hit the dance floor and they sucked up all the liquidy scum on the floor and developed this sort of ombré gradient effect of grey from hem to knee.

“She should do what I do, which is wear faux leather leggings. They’re essentially wipe clean so you can vomit red wine all over them and still carry on with your night.” 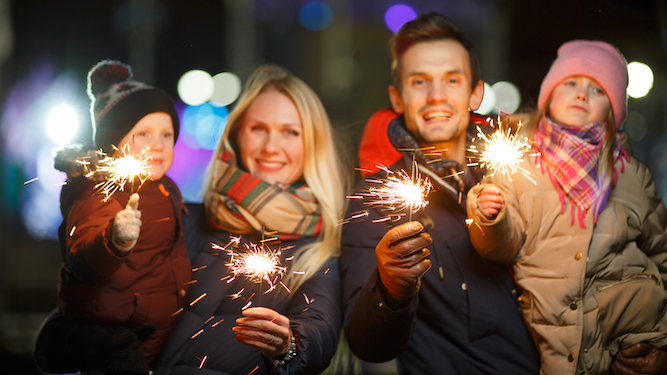 BONFIRE night should be tacky, loud and fun. Here’s how to ruin it for your kids with your tedious middle-class ways:

Most people hack up an old dressing table and cover it with two month’s worth of Amazon boxes to create their bonfire night blaze. A middle-class family will spend weeks beforehand going on dull trips to local forests to collect ‘found’ wood and end up with a small pile of twigs that burns out within ten minutes.

Cook your own authentic treats

Why nip down the Spar shop for a cheap bag of treacle toffee when you can spend hours fannying about with jars of ruinously expensive organic molasses and stressfully fail at making a batch of your own? Also insist on serving your ‘signature’ homemade falafel burgers, which your kids’ friends will use the cover of darkness to chuck in a hedge.

Rather than stuffing straw into some old tights and dressing it up willy-nilly, think carefully about who your guy should represent. Perhaps an Amazonian rainforest logging company boss? Eventually decide that burning any effigy is far too violent and put a humble-bragging post on Facebook about giving the clothes to a homeless charity instead.

Insist on having an educational element

Rather than just letting your kids eat sugar and go mental for the evening, insist they sit down quietly while you tell them in incredibly dry detail about the origins of the plot to replace Protestant King James I with a Catholic head of state. Every moment is a potential learning experience, even if it makes your children hate you.

Be a miserable killjoy about health and safety

The vague frisson of danger is part of what makes bonfire night fun. Totally ruin this by insisting that the children stand five metres from the fire, sparklers are heavily supervised by adults and the nearest anyone gets to a firework is watching the council display in the local park from the safety of a bedroom window.