I WAS fed up of the rat race, the dreary commute, living in the armpits of sweaty businessmen on the 7.15 train, the tired cliche of unfriendly strangers rushing by without time to say ‘Hello’.

So I moved to the village of Heckwick-upon-Wold, near Doncaster. I traded in the converted garden shed in Peckham I’d paid £425,000 for and moved into a 10-bedroom mansion with stables and four indentured servants. Finally, I thought, a simpler way of life.

I bred chickens. I took up Morris dancing. I hosted a weekly coffee morning at the village hall. I grew so many vegetables that all my London friends would immediately say ‘F**k off, don’t tell me about the vegetables’ upon answering the phone.

But then it hit me. Apart from the rampant racism, this rural idyll was deadly dull. I missed London. I missed the ‘drill’ music everyone listens to and the four-hour traffic jams on a Tuesday that remind you it’s the most important place in the world.

So I moved back, trading in my mansion to live in a converted public toilet, now a £1.5 million studio flat in Lower Sydenham.

It was the best decision I ever made.

Until it was the worst.

I missed the coffee mornings, the village gossip, the friendly chats over the hedge about foreign thieves and rapists. I missed not being in an oppressively conformist white monoculture where everyone could have been played by Richard Briers or Felicity Kendall.

And so I headed back to Doncaster where I live now, leaving behind the soul-destroying hubbub of London and the cheques from the Guardian.

Although I suspect I might soon start missing London’s theatres and art galleries, its vibrant stabbing culture… well, you get the picture.

How to learn to live with Wordle 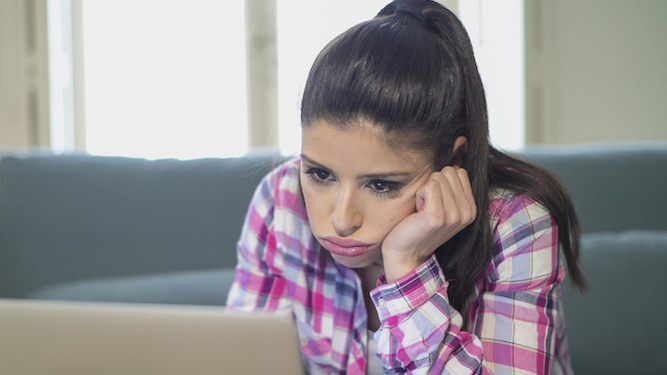 POPULAR online puzzle game Wordle shows no sign of going away any time soon. Here’s how to learn how to live with  this population-enslaving time-waster.

Wordle is currently sweeping through the population at an exponential rate, with even people who aren’t tragic nerds falling victim to it. But what is Wordle? According to scientists it is a novel word-based guessing game that was first detected in October 2021. A more contagious version is yet to emerge, but it’s only a matter of time.

Don’t be afraid to block people

Your social media feed is probably flooded with people posting their daily Wordle test results, but thankfully you can filter them out by blocking them or unfriending them altogether. And given that everyone you follow seems to be showing off that they got today’s word in three guesses, you’ll be friendless and free of your social media addiction in no time.

No matter how much you try to self-isolate from Wordle, curiosity will eventually get the better of you and you’ll give it a go. Don’t panic. This does not mean that you are now the sort of person who reads the Scrabble dictionary for fun. In fact some people who play Wordle go on to live relatively normal, happy lives.

Even though you’ve played Wordle that doesn’t mean you’re now safe. It’s important that you show some restraint and don’t stay up until midnight desperately waiting for the next word to drop. Also, try to remember that Wordle was invented by an American, so go easy on yourself when you can’t figure out their dumb spellings.

Get other people into it

The sooner everyone in the country has been exposed to Wordle, the sooner we can all become immune to its charms and return to normality. To help the public achieve Wordle herd immunity, talk to colleagues about it and post your score on every social media platform. That includes the days where you fail and feel like a f**king idiot.