DAVID Davies yesterday quoted Oliver Cromwell to tell Johnson to piss off. Which other quotes, with helpful amendments, might help the dick get the message?

‘Stand not on the order of your going, but f**k off’

A classic line from Macbeth when the autocratic tyrant is losing it, his lies are catching up with him and his viciously ambitious wife’s still trying to keep the shitshow on the road. It’s certainly apposite.

A retort from Kingsley Amis who, like Boris, loved both Thatcher and adultery but also loved being rude to high-born dickheads who think they’re better than you.

‘I wolde I hadde thy coillons in myn hond… Lat kutte hem of, you wanker’

It may be Chaucer’s Middle English, but the fury and desire to castrate someone come through as strongly as they do in any vox pop in a traditionally Tory seat. And honestly, wouldn’t castration be kindest to Johnson?

‘Go, consort with friends who like a madman for their mate, you spluttering posh prick’

From a Sophocles play, but to Boris a direct instruction to get his old job as a Telegraph columnist back. They’ve long parted ways with reason over there.

‘God damn this windy ruffian and all his breed, who should all f**k off’

Mark Twain writing about English aristocrats discussing a fart is exactly what’s happening in the Commons tea room right now. Apparently they need a weekend and a report from Sue Gray to agree that the fart is bad.

Jane Austen didn’t exactly write this, but if you’re familiar with the overstuffed lying twats who make up the majority of men in her novels, you know she’d absolutely agree.

Johnson would certainly recognise the wise words of Charles Dickens, the quintessential English novelist, who would have spotted the shithead as a bad ’un from miles away. We should only listen.

Brain-damaged by a bad warging and unable to say anything but ‘Hodor’, the Game of Thrones character would have made an exception for our soon-to-depart prime minister. Telling him to f**k off is just too important not to.

'Getting the popcorn out': Six things idiots online think are original and hilarious 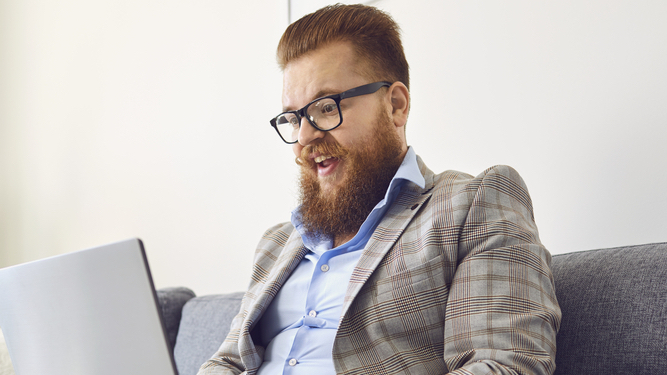 EVER noticed that every online discussion is full of people making the same old tired jokes and observations? Here are some of the most wearisome.

‘Getting the popcorn out!’

Such a cliche it’s not remotely amusing, like saying ‘He’s blind as a bat!’ and expecting everyone to chortle. It also shows you’re too much of a spineless twat to put forward your own opinion, and just intend to watch, like some grubby masturbator.

For example, it’s now very common knowledge that Max Hastings gave a scathing assessment of former employee Boris Johnson. Don’t let this stop you reposting it for the trazillionth time. Deeply annoying, like someone patronisingly telling you ‘It’s a good idea to put some money away in a savings account’.

‘Fixed that for you’

This involves altering a previous comment, usually to make it more damning. It’s rarely funny or pithy, and just pathetically says, ‘I desperately want to be a comedian but lack any sense of humour so I make do with pestering a tiny number of people on Guardian comments.’

There’s nothing wrong with showing your appreciation but people are usually praising to the heavens something that tickles their own stunted sense of humour, eg. Priti Patel’s face photoshopped onto Darth Vader.

Being ‘first’ in comments

Declaring ‘First!’ started out as a daft little internet challenge, but could also be an amusing swipe at internet idiots. However, if you’re still doing it, it’s a bit tragic, like saying ‘Has anyone seen this show Game of Thrones? Seriously, you should check it out.’

You’ve just made it possible to contact or stalk someone. It’s lucky that everyone on Twitter just enjoys pricking famous people’s assumed pomposity, and isn’t a madman sitting in a basement with a bottle of chloroform muttering, ‘You’ll soon realise we were meant to be together, Holly.’