A WOMAN has bought an expensive, brightly coloured coat that she is too embarrassed to step outside in.

Lauren Hewitt saw the ankle-length faux-fur orange coat in the sales and convinced herself it was incredibly stylish, before getting it home and realising it made her look like a massive twat.

Hewitt said: “In the subtle lighting of the shop changing room I thought I looked edgy and cool, but when I put it on in front of my bedroom mirror I realised I looked like a cheap teddy bear that you’d win at a fair.

“I forced myself to wear it, but as I reached the doorstep I saw my neighbour’s five-year-old in the street wearing a coat the exact same hideously garish colour. At least she’s got an excuse. I bought this for myself.

“I know I should hold my head high and style it out like Kate Moss would, but unfortunately I’m not Kate Moss. I’m an accountant from Quedgeley who now looks like a bellend on the bus to work.”

Her flatmate said: “It’s not that bad. She should feel more embarrassed about that undercut she persists in thinking suits her.”

Bond and other fictional characters who needed killing off years ago 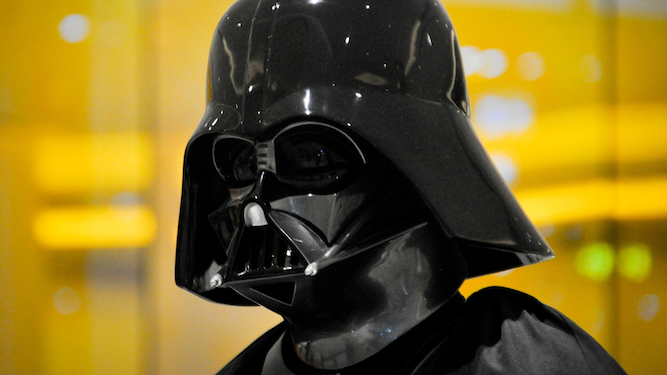 DANIEL Craig says he was ‘choked up’ by the death of 007, but it would have been kinder to kill him off years ago. Here are some characters who should join him:

Craig played 007 as a depressive suffering the added daily misery of haemorrhoids. Any vet would agree that putting him down was the right thing to do. Well done, Daniel, you turned Bond into an incontinent old labrador due for the incinerator.

Han should have died heroically – radical idea, but maybe in a space battle? Instead he got cursorily stabbed by Kylo Ren with all the drama of making a cheese sandwich. But not before audiences had to watch a bored Harrison Ford looking as if he’d rather be at home organising his woodworking tools.

Last of the Summer Wine lasted a staggering 31 series from 1973 to 2010. Even by the 80s viewers were baffled by this eerily out-of-time Yorkshire dystopia where sexually repressed men were trapped in a loop of strange events involving bathtubs.

People have twigged that the Halloween baddie is a bit shallow: mask, boiler suit, stabbing – that’s the extent of his interests. Unfortunately he can never die, because he’s supernatural and there’s money in another sequel, maybe Halloween: There’ll Be Some Sort of Conclusion This Time, Honest.

The original films adequately explain Vader, but the prequels took us on his disappointing journey from annoying child to gullible adult anyway. Now it’s Disney’s turn to milk this cyborg cash cow. Don’t be surprised if there’s a terrible JJ Abrams reboot of the Holiday Special.