A WOMAN has scored a new personal best in her time between putting on heels for the day and deeply regretting it.

Emma Howard, aged 31, once again judged her personal love of having slightly longer legs to outweigh her hatred of balancing on sticks, and realised she had made the wrong choice just 9.83 seconds after it was too late to change it.

She said: “It’s so liberating. Other women don’t realise it was a bad idea to wear heels at 10.35pm, when they carry them to get away from shouting drunk blokes.

“But these days I can spot that I’ve made an agonising mistake seconds after walking down three flights of stairs from my flat and if I go back I’ll miss the bus.

“I can spend the whole day relaxed in the knowledge that I’ll be walking far slower, I’ll be knackered and everything will be that little bit more f**king dreadful. Hooray for me.”

Emma will spend the day with her colleagues Amy, who can recognise within minutes that her bra will give her backache and Kelly, British record-holder for realising her knickers will spend all day riding up her arse. 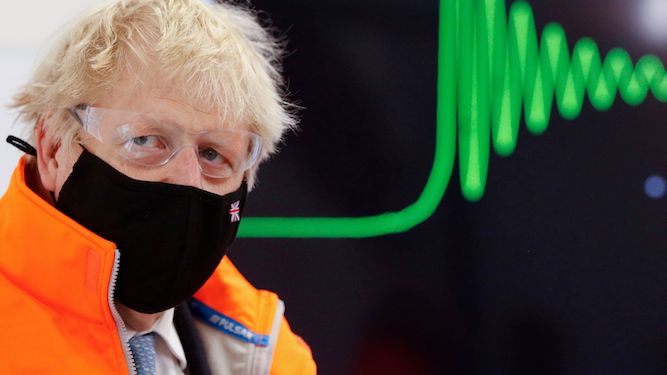 THE government has moved Freedom Day back by four weeks after hearing a further delay could shut down Britain’s nightclubs forever.

Boris Johnson is to announce that Britain has a once-in-a-lifetime opportunity to eradicate the scourge of nightclubs from our shores and that we owe it to future generations to act now.

The prime minister will continue: “We had always targeted June 21st for the re-opening of nightclubs, those dark, packed hellholes through which viruses spread as swiftly as violence.

“Then Professor Whitty, who once got punched in then thrown out of King of Clubs for supposedly looking at someone’s bird, realised that if we made the right decisions now we could not just reduce nightclubs but eliminate them entirely.

“No more paying an entrance fee of £11 to buy drinks for £16. No more dancing to deafening club mixes of shitty pop songs. No more DJs. Imagine it, Britain. No more f**king DJs.

“If the more virulent clubs which have already evaded our best efforts to exterminate them, like Fabric, survive then we may be forced to extend futher. But what we are doing is undoubtedly in the best interests of the people of this country.”

20-year-old Sophie Rodriguez said: “The prime minister has my full and unequivocal backing. It’s for the good of humanity.”