A WOMAN who bought lots of new notebooks and colourful pens is convinced her life will now stop being full of uncertainty and dread.

Susan Traherne admitted spending an embarrassing amount of money in Paperchase, but believes it was worth it because using a nice new pen makes her feel everything is alright for several minutes at a time.

Traherne said: “Filling in my floral-patterned week planner allows me to pretend I have a modicum of control over my terrifyingly unknowable future.

“And my crisp, clean jotter pad and expensive new rollerball feel like a fresh start in life. Maybe this year I’ll get the fulfilling job and loving relationship I crave and deserve.

“I can’t rely on people or politicians to make my life orderly and safe, but my limited-edition Moleskine notebook is a refuge for me to do some doodles of kittens.”

She added: “It’s possible the feelings of powerlessness and gloom will return, but it’s nothing some Moomin Post-it notes won’t fix.”

Social media more addictive than drugs and not as good, says Harry 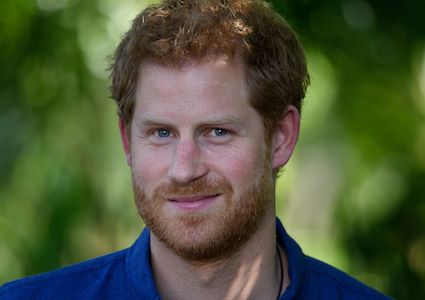 PRINCE Harry has warned young people that social media is more addictive than illegal drugs without anything close to the same payoff.

The Duke of Sussex told teenagers that the ‘hit’ they get from a popular tweet might seem free, but cost-benefit analyses have shown that cannabis not only gets you higher but is cheaper in the long run.

He said: “Don’t think I’m recommending taking illegal drugs because I’m not. My youthful experimentation is in the past and hopefully everyone’s forgotten about it now.

“But if you look at the hours people plough into Facebook and the pathetically tiny dopamine release they’re chasing compared to even a few pulls on a skunkweed spliff, there really is no contest.

“Don’t waste your life scrolling through social media. Do a good solid hit of acid, realise everything’s bullshit and move on.”