A WOMAN has thanked her hairdresser, paid, tipped, walked away with a cheerful wave and the moment she was out of sight burst into tears.

Joanna Kramer had asked for a couple of cautious inches off the length, some weight taking out and caramel highlights, but to her horror now has an asymmetric cinnamon bob with a mauve streak.

She said: “I was initially immersed in reading some old copies of Now! so I didn’t realise how wrong it was going until I saw the asymmetrical layers.

“I looked up in shock but the hairdresser thought I was reacting to her story about her cousin’s wedding, and I didn’t feel like I could stop the flow to mention that I now hated the whole of my head and, by extension, my entire self.

“It was all I could do to keep composed when she took the foils off. I hoped she might save it with styling, but at the end when she was orbiting my head with the little mirror I was almost welling up.

“Obviously I smiled, said it was great and left a generous tip. I can cry once I’ve turned this corner.” 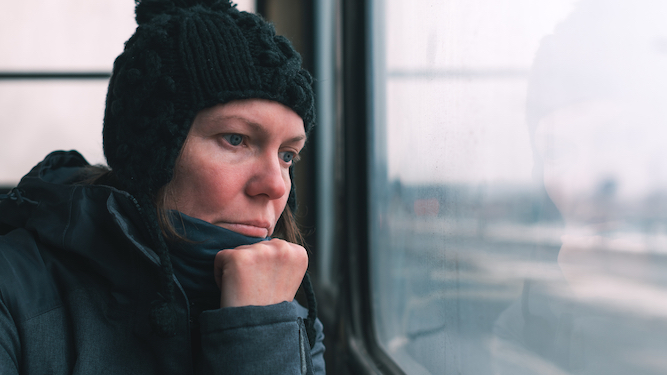 A WOMAN who was given a seat on a London bus is absolutely fuming at the judgmental bastard who did it.

Emma Bradford is sitting on the 29 from Wood Green in silent rage at the young man who stood up to offer her a seat and the cowardly bastards who sat by and let it happen.

“Maybe it wasn’t that he thought I was old. Maybe he thinks I look so fat that I’m pregnant. Clearly he thinks there’s something wrong with me.

“I’m healthy. I do hot yoga. I can stand for 20 minutes without feeling even a twinge in my calves. But to f**king healthier-than-thou over there I’m a frail old woman deserving of his charity.

“I’ve shagged younger than you and they’ve loved it, you superior prick. I hope you break both legs.”

Tom Booker, who gave Bradford his seat, said: “Yeah that guy I was next to really stank of piss.”