A WOMAN who told friends organising her hen do that she did not want anything involving penis straws, sashes or getting absolutely shitfaced is regretting her actions.

Francesca Johnson, 32, said she wanted a classy event involving tea and cake, yoga and a spa, but was so bored after two hours she wished she was at a pole dancing class after necking 10 Jägerbombs.

Johnson said: “I thought I was being sophisticated by banning all the usual hen do activities, but now I understand that people need to get wasted and act like twats just to get through the day.

“The combination of my mum, my boyfriend’s sister, my best friend from primary school and several university mates was incredibly awkward.

“They’re all total strangers to each other and I forced them to pay the best part of £300 to make awkward conversation for a weekend without the social lubricant of 40 bottles of Prosecco and a blow-up penis.”

Johnson’s friend Nikki Hollis said: “The best thing about hen dos is that you get so twatted you can’t remember a thing about them, whereas the tedium of this one will be etched onto my mind forever.”

Man worried he has never had a fight 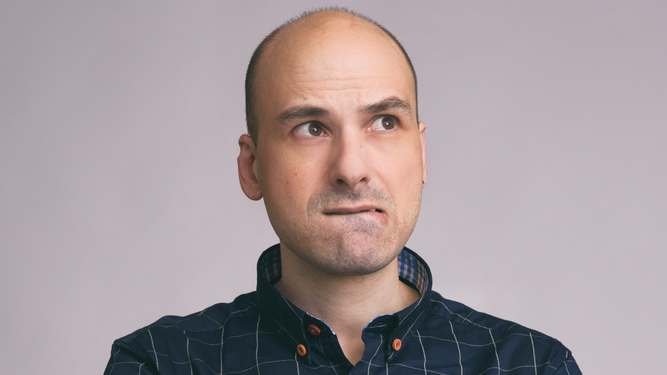 A MAN is worried he will probably die without ever having had a proper fist fight.

Solicitor Tom Logan feels his achievements in life, including a successful career and happy marriage, are undermined by never having squared up to some bloke who had it coming and decking the b*stard.

Logan, 41, said: “You have to remember I grew up in the 80s, when you were raised the hard way, on macho television programmes.

“Guys like John Thaw and Lewis Collins were constantly getting into a ruck and taking one on the chin as if they didn’t even feel it.

“I’ve never done anything like that. I had a scuffle in 1983 with a kid at school but it was more like an agitated hug than a proper fight with fisticuffs and a bit of stomach-kicking.

“Thanks to namby pamby teachers and responsible parents I’ve been taught that civility, cooperation and the rule of law are what matter in life.

“Now I’m worried I’ll go to my grave without ever having had the chance to settle my differences with a right hander or knuckle sandwich like Dennis Waterman.”

Logan is currently hoping someone will leave him with no choice but to fight them, but they should be fairly weak to prevent him losing instantly.