BBC ordered to refer to Terminator as T-800

THE government has told the BBC not to prejudice the public by referring to the T-800 as the Terminator.

The time-travelling robot has registered an official complaint, backed by more than 60,000 Daily Mail readers after a column by Peter Hitchens, about the broadcaster’s use of a disliked nickname.

Culture secretary Ed Vaizey said: “This is a perfect example of BBC bias, using a discredited, outdated tag to turn opinions against the work this tireless servant is doing for Skynet.

“Also, as a broadcaster with a duty to inform, they really ought to distinguish between the T-800, the rubber-skinned T-600 shape-shifting T-1000 and the T-X models. I mean that’s basic news reporting.”

The BBC has offered a full apology and right of reply to the T-800, who will appear on Monday’s Today to debate the rights and wrongs of changing the future with John Humphrys and guest Sarah Connor.

The Mash guide to barbecues 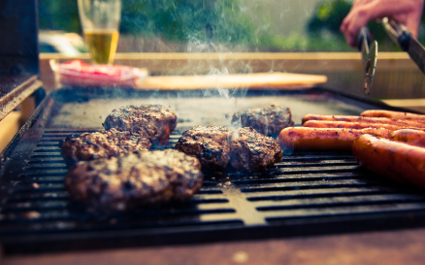 THE sun is shining, which means that you can only look in enviously at the comforts of your home while you chew meat in the garden.

But how to hold a barbecue that is the envy of all your friends?

– Once you have lit a barbecue, stand at least ten feet away until it is finished. Never return to a lit barbecue.

– Begin marinating your meat at least 12 months in advance of your barbecue. If you have not marinated your meat for at least this long, cancel the barbecue until next year.

– Disposable barbecues should be thrown away after cooking a single sausage and a new one lit. For burgers, dispose of after cooking one side only.

– To give your meat extra flavour throw on a handful of hickory-smoked wood chips, pieces of bourbon-soaked barrel, first edition books or fragments of the true cross.

– Gas-fired barbecues eliminate all that messy charcoal and smoke in favour of an experience much more like the one in your kitchen approximately 15ft away.

– Cook fish on a separate barbecue, ideally somewhere poncey like Hampstead. Cook veggieburgers on a third barbecue no closer than 7.8 miles away.

– Impress guests with your collection of celebrity-endorsed hot sauces. Rare ones like AC/DC’s Hotsauce to Hell, Slipknot’s Chilli of Burning Time, Napalm Death’s From Enslavement to Obliteration of Tastebuds and Colonel Qaddafi’s Smokin’ Date are particularly sought-after.

– There is no ‘Q’ in barbecue, so if you want anything just push to the front.

– Do not attempt to extinguish your barbecue yourself; always call the Fire Brigade.