Congratulations! You have read your 765th feel-shit article in the Guardian this year

CONGRATULATIONS. You are one of our most regular readers. It’s clear you respect our journalism, free of influence from wealthy proprietors and special interest groups, which makes you feel like crap just reading the headlines alone.

We’re talking about such vital investigative stories such as ‘The plight of Turkmenistan’s mistreated goats’, ‘How just one glass of wine causes dementia’ and ‘Everyone on earth to be boiled alive next Thursday unless we act now, which we won’t’.

It’s journalism that will turn your breakfast coffee to gravel in your mouth – not surprising when you read George Monbiot’s expose of the Colombian peasants picking the beans working 140 hours a week for one cent a year.

There’s also our vibrant Comment section, where every other day a columnist will be shocked to the core that the Tories are not very nice, despite them being horrible swine since 2010. And still have a childish crush on Rishi Sunak even now.

And there’s the lifestyle advice that matters to you, such as how to transform the large spare room you’re assumed to own into a mindful hygge space, how to have a soy-based Halloween, or a supposedly amusing account of buying a wood burner by an incredibly middle-class freelancer.

If you want us to carry on bringing you a slew of relentlessly dispiriting articles, with no political solution offered but to vote for the no-hope Lib Dems, then please, please consider taking up a monthly subscription with us. We’re f**king begging you.

That way, you won’t miss out on stories like ‘The cruel billion dollar trade in otter nipples’ and ‘Why only eating our own excrement can relieve Britain’s broken sewage systems’. We can’t do this depressing shit without you.

Get shitfaced and eat a swan: How to spend your birthday like the Queen 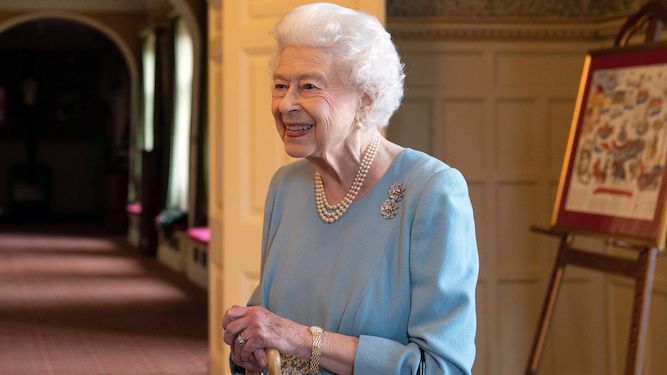 DO you share a birthday with the Queen? Here’s how to celebrate in wild style today, just like Elizabeth II.

Stay in a country house

The Queen is staying in a farmhouse in Norfolk for her birthday which sounds like a pretty normal thing to do, except that ‘farmhouse’ means ‘massive mansion on the Sandringham Estate’. You might be able to scrape together enough money for an Airbnb in Norwich, if you get your mates to chip in.

Her Majesty will be honoured with a 41-gun salute in Hyde Park tomorrow, which sounds pretty impressive. You could achieve something similar by asking your weird friend Brian to fire off a few ’rounds’ from his air rifle in a pub car park, but bear in mind he will probably be arrested afterwards.

Have another birthday in the summer because why the f**k not?

Let’s face it, April is a shit time for a birthday as it’s nippy and can suddenly start pissing with rain. The Queen has another one on the second Saturday in June which you should do too, as you’re likely to be off work and can spend the day getting wasted in the sun.

Argue with your family

The Queen is going to spend her birthday with her family, which should be fun given the amount of disgraced progeny and uppity grandchildren she has to contend with. Yours will be similarly fraught, but slightly better because you won’t have to pretend that one of your close relatives hasn’t just paid out millions of pounds to get off the hook in a dodgy paedo case.

Get shitfaced and eat a swan

Why be Queen and surrounded by loads of weird, arcane laws if you can’t occasionally make use of them to do something interesting, like get pissed and eat a swan? As a commoner you’ll have to catch your own from the local duck pond. If you don’t get Weil’s disease and it doesn’t break your arm, you’ll be in for a slap-up birthday dinner.