Could you be as objective and unbiased as Laura Kuenssberg?

BBC political editor Laura Kuenssberg, the very fulcrum on which the truth balances, is moving on. Could you be as fantastically impartial?

Where do you get your best stories from?

A) Trustworthy contacts I’ve built up, or tireless research to follow the money.

B) WhatsApp. If a Tory minister wants to anonymously smear the opposition, or his own party, the story’s basically done once you’ve repeated word-for-word what they said.

What are the best interviewing techniques?

A) Keep a professional distance and push hard for a straight answer.

B) I like to laugh along when a politician, ideally Conservative, says something minimally amusing then tilt my head to one side like a dog confused by television. That puts them on the back foot.

What if all you’ve got is hearsay?

A) If you can’t stand it up it’s not journalism. It’s rumour.

B) Tweet it anyway like I did the story about a Labour activist punching a Tory advisor. Even if it’s ‘Keir Starmer buggers donkeys in a gimp suit’, as long as you tweet a correction which gets a 20th of the views no harm done.

How do you tackle a divisive issue like Brexit?

A) Ask questions people may not like the answers to, because your duty is to inform.

B) Lots of people are into Brexit so you can’t knock it. Treat it as a perfectly normal trade discussion with contested claims about the outcome. That’s why the BBC is so respected.

What if you don’t understand a subject?

A) Interview people with specialist knowledge.

B) Same. I’m no expert on economics, so when I do budget stories I get Rishi Sunak to explain it to me. Who knows more about it than the chancellor of the exchequer? He’s quite good looking too, and in the interests of balance I don’t mention he’s very short.

Mostly As: You’re not cut out to lead coverage of Parliament. You probably don’t even know any Cabinet ministers socially.

Mostly Bs: You have just the right skillset of parroting facts, skirting big issues and keeping quiet about what the public does not need to know. The £250k salary is yours.

A perfume marketer talks you through their incomprehensible advert, image by baffling image 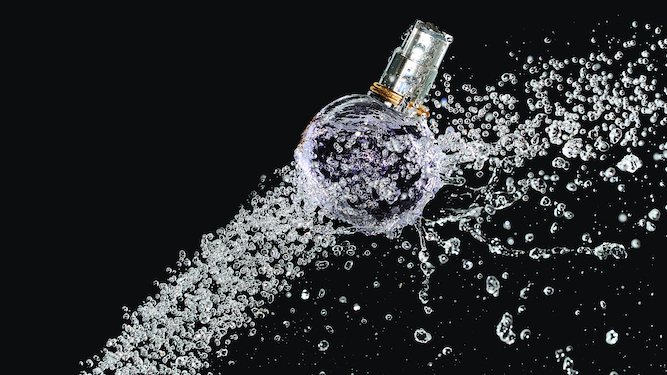 YOU cannot sell a fragrance by saying it smells good. You sell a brand, a concept, a feeling, which means pretentious bollocks and famous people. Let me explain:

Opening scene: man running alongside horses on beach. Challenges viewer to imagine themselves so free and wild, like a wild horse.

Fifth scene: bottle shot. Bottle must represent the fragrance ie shaped like giant lips or guitar neck or rampaging centaur, so viewers are in no doubt as to what transformation wearing this would bring to their lives. Exit to shops.