DAILY Mail editor Paul Dacre has confirmed he is very proud of himself for taking £460,000 from the EU while branding remain voters as traitors.

Dacre, who demanded the subsidies for his Highland shooting estate and his Sussex farm, insisted he was not only very clever but incredibly noble.

He added: “I am part of a proud British tradition of stupendously rich landowners helping themselves to public money that would otherwise be spent promoting homosexuality and multiculturalism.

“Why would any sane person spend £460,000 on poofters and immigrants when it could be used help some very rich people have tremendous fun slaughtering thousands of animals on a Scottish moor?

“To refuse that money would surely have been treason.”

‘PROUD OF YOURSELVES?’ shouts Daily Mail editor at ducks in park 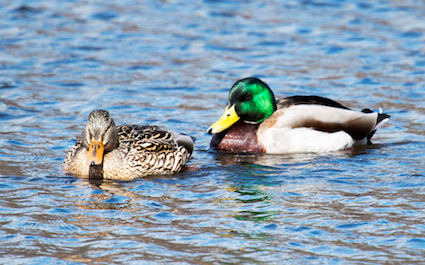 DAILY Mail editor Paul Dacre has asked ducks in his local park if they are proud of themselves for increasing the possibility of a Marxist in number 10.

Dacre, who increased his own pay by 50 per cent to £2.5 million this week, accused the mallards of being ‘self-consumed malcontents’ who ‘pulled the rug from under our EU negotiators’.

He continued: “Just as the newly confident Tories had inched ahead in the polls, you fucking feathery bastards! The very moment!

“You’ve not just betrayed me, your leader, but the Conservative party and 17.4 million Brexit voters. I ought to kill you and eat you, like a migrant would.

“I’ve printed your pictures. My readers know what to do. Duck or drake, this park is not safe for you any more. They will hunt you down.

“Don’t you quack at me! Don’t you dare! I’M PAUL FUCKING DACRE!”

“Anyway, give us some bread.”