THE Daily Mail in an alternate universe where Hitler won the war is absolutely identical, it has been confirmed.

Scientists created a window into another dimension to view the newspaper, in the hope of gaining insight into how history had developed differently, but instead it was just the Daily Mail.

Professor Helen Archer said: “At first we were appalled by the nightmarish world of deep-seated paranoia, hatred of everyone and unwavering faith in war as the solution to everything, then we realised how familiar it seemed.

“Page for page, comma for comma, not a single difference. The British monarchy are likely a puppet regime installed as a smokescreen for Nazi despots, but you’d never know it from the Mail.

“One researcher believed he’d detected a sinister undercurrent of Aryan supremacy in the depiction of the Kardashians, but it turned out he’d been looking at the one from our universe by mistake.

“We’re working on a new theory which posits that the single constant in an infinity of parallel universes is that the Daily Mail is just as vile in all of them.” 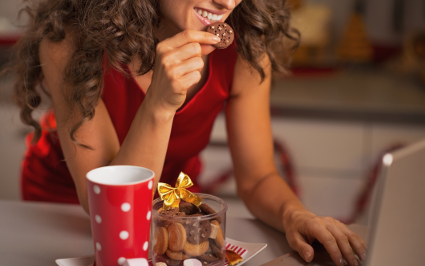 A WOMAN has abandoned watching her weight because her mother, boyfriend and work colleagues already have it covered.

32-year-old sales manager Carolyn Ryan receives updates on her weight so frequently from friends, family and complete strangers on the street, she has decided to hand them the job permanently.

She continued: “Maybe they could get together and have some kind of weight watchers meeting, where they talk about that Club biscuit I had on Monday morning or my insistence on drinking full-fat milk.

“I won’t go – I’d be absolutely bored shitless – but it seems to be a subject of endless fascination for everyone else so knock yourselves out.”

Colleague Joanna Kramer said: “I’ve triangulated with her boyfriend and her sister, and she definitely had three Tunnock’s Teacakes at the weekend, which could result in a gain of up to an ounce.

“This is priceless information. I’ve entered it into the database.”