Flaunting curves: the Daily Mail's breakdown of everything a woman does wrong while walking down the street

NOTHING stirs the moral outrage of a Mail reader like the sight of a young woman shamelessly out in public. Here’s that needless provocation broken down:

Here a fuller-figured celebrity has invited a passive-aggressive takedown by daring to leave the house wearing something smaller than a tent. Readers are also invited to observe that a ‘busty show’ has occurred, due to the presence of breasts upon the woman’s body.

A woman has boldly paraded millennia of evolutionary progress in favour of bipedalism by cavorting upright on both legs while wearing shorts, a skirt, yoga pants or skinny jeans. Such carefree exuberance may threaten to ‘set pulses racing’, which is entirely her fault.

Packs on the PDA

Covers a multitude of sins from smiling too widely at her boyfriend to physical contact with the opposite sex or, shamfully and titillatingly, the same sex. Simply grabbing a takeaway latte hand-in-hand with a romantic partner is the kind of loved-up display that makes any right-thinking Daily Mail reader nauseous.

Caught exercising outdoors, this woman is quite frankly rubbing the world’s nose in it by daring to have the kind of body that the Mail approves of. She’ll pay for ‘showcasing her toned frame’ later, when a pap gets a picture of her looking fat.

Not so pretty now, are you, minor celebrity? NOT SO PRETTY NOW.

Here a famous person in the late stages of pregnancy has shunned 24-hour home confinement in favour of popping to the shop for a Magnum. The humanity! 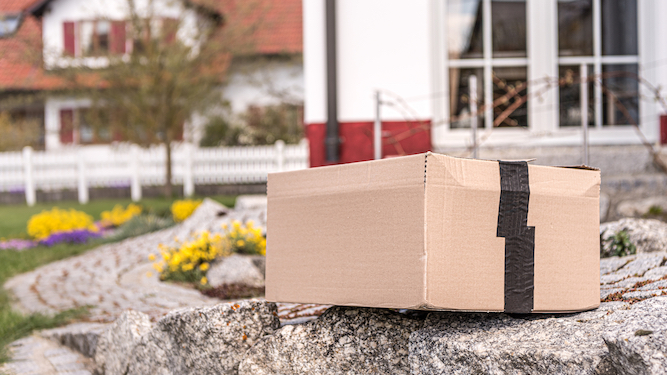 OUR eternal lockdown has left us all over-reliant on parcel deliveries. But where in the general vicinity of your postcode has your package been left this time?

Without ringing the bell, or they rang and you were out, or they rang simply by thinking ‘ding’. With luck you’ll see it before a local toerag saunters past and picks it up, hoping for a PS5 and discarding it angrily when it’s a box of shoe stretchers you ordered at 2am just to feel something.

Who hates you so will never come round with your parcel, meaning you have to take a deep breath, knock on their door and ask for it. They’ll flatly deny they have your nice new hat while standing there wearing your nice new hat. You’ll click ‘delivery not received’ like a coward.

In a safe place, one

And where could be safer than inside your wheelie bin? Who’d think of looking there? Not you, hunting around for the new top you ordered Sunday afternoon to cheer yourself up, never thinking to dig beneath pizza boxes and cat litter. And not the binmen, who empty it unknowing and uncaring.

In a safe place, two

Congratulations! You’ve entered a treasure hunt, where all you know is that the new coffee-table art book you won on eBay is somewhere on your property. Being rained on. Cardboard does not take rain well, especially not 18 hours of it, and by the time you find the prize it’s a soaked brick.

In the quantum dimension

You get an email to say it’s been delivered, but it hasn’t. The shop says it was sent to the carrier. The carrier says they never received it. The driver says the carrier must have loaded it onto another van’s route. The depot says they’ve never heard of you and pass you back to the shop. The shop says your order number doesn’t exist on their system. It was only some hair bobbles.

The parcel depot is 15 miles away and opens from 10am to 3pm on weekdays. You have to sneak out from work to collect it within 30 days or it’ll be returned so it’s a race against time like in action films. Except you don’t save the world from terrorists detonating nukes, you just get that pack of printer cartridges you ordered.