THE Guardian has issued an apology to its readers after it mistakenly let through an article that did not cause feelings of utter despair about everything.

The piece, entitled ‘Small increase in UK organic mushroom sales’, appeared in the print edition but has since been pulled from the website.

News editor Nathan Muir said: “We apologise unreservedly for running this piece, whose tone of cautious optimism fell short of the standards of apocalyptic pessimism we strive to maintain in the Guardian.

“Our readers expect a daily tide of news and opinion reaffirming that our doomed planet is a cesspit of populism, inequality and corruption, plus the occasional whimsical article about staying in a yurt in Devon or how to slow-cook aubergine.

“We like to increase the sense of despair by implying the only solution is soft, liberal opposition which has been shown time and time again to be ineffectual and ultimately futile.”

The deleted article has been replaced with one about a decline in the spider population which ‘spells extinction for humanity within 10 years unless radical action is taken today’.

It will appear in tomorrow’s edition just above a piece about illegal toxic waste dumping in Brazil and a humorous article about the trials of being a dad in North London.

The six most annoying bastards who come knocking at your door 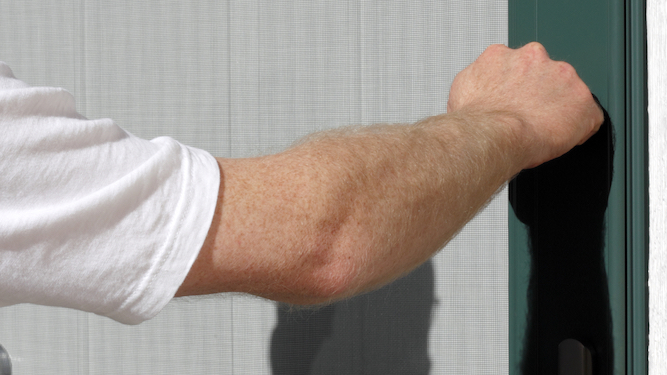 WILL people not stop knocking on your front door? Either scrawl ‘COVID PLAGUE HERE’ on it or give short shrift to the following bastards.

They’re “doing a job in the area” and can “tidy the weeds up lovely” for the bargain price of £200. They also do tarmacking and are wondering when you’re getting those old window frames replaced. When you reject these kind offers you will either be given a tatty card with a mobile number written on it in biro or hear the word “bitch” muttered as they leave.

Parcel for next door

What are they doing, buying one of literally everything that Amazon stocks? When they collect the parcel later, claim you boycotted Amazon last year for not paying tax. Secretly you’re totally reliant on Prime, but it might guilt them into a few less parcels.

They don’t look like surgeons, and you have to wonder if they have bona fide arboricultural qualifications when they give you a card with ‘Dave’s Tree-Mendous Landscaping’ on it. And offer to “chop back that overgrown cherry tree”, which is actually a silver birch. You keep this thought to yourself – they’ve got a chainsaw.

Encouraged by lonely people wanting someone to talk to during lockdown, Jehovah’s Witnesses will methodically visit the entire street, aiming to win you over with fake concern, biblical nonsense and behaving like androids. If there’s a teenager with them, amuse yourself by mentally calculating the number of remaining years until he rebels, dyes his hair pink and experiments with same-sex trysts.

With her nostalgic experience of paper catalogues and personal interaction, the Avon lady is so nice you have to buy something to stop feeling like a miserable old cynic. In 10 days’ time you will receive your order of bubble bath, scrunchies – and a new catalogue, at which point the whole fiendish cycle begins again.

The rozzers don’t pop round to bring you a cake, so they probably want information about some minor local crime which instantly makes you feel like a murder suspect in a detective drama. Either that or you have actually done something very bad and need to fob them off ASAP so you can start disposing of the drugs/bodies.