How to spot the most cretinous possible interview subjects: A BBC reporter's guide

ARE you a BBC reporter canvassing public opinion out in the regions? Make sure you get an unrepresentative sample of dickheads with these tips:

Most people offer measured, thoughtful opinions at lunchtime, and if you wanted that you could have stayed in London. Daytime drinkers, particularly in Wetherspoons, are much more likely to offer trite views like ‘They’re all liars’ and also have a deep love of Brexit, which of course was entirely based on pure and noble truth.

Seek out the angry

Look for taut neck muscles and red skin. They’re never angry about their own precarious financial situation, it’s either immigration or something incoherent. ’There’s no respect. None. Corbyn? My dad fought in Korea.’ Nod seriously as if this is important information you will be pondering late into the night.

Need some vapid left-wingers? There’ll always be a few 18-year-olds drifting around when not doing A-level textile studies. Expect some vague, gormless stuff about the environment or not being able to work abroad. They’re the other side of the ‘thick Brexiter’ coin, necessary for balance.

The ideal interview subject is someone aged 70+ who has never left the town they grew up in and only cares about their pension. It’s the only way you’ll hear the authentic voice of 21st-century Britain.

These awkward bastards might be concerned about the economy and informed on the issues. Yes, even in Hartlepool. Easy to avoid because you’ll be in the studio editing your witless vox pops before they finish work. If you must speak to someone with employed, go for angry market traders convinced the French are stopping them selling 99p Chinese alarm clocks.

If someone says ‘I’m sick of being called a racist for being white,’ steer clear of reasonable questions like ‘Has that actually ever happened?’ Journalism isn’t about asking questions. It’s about nutters. 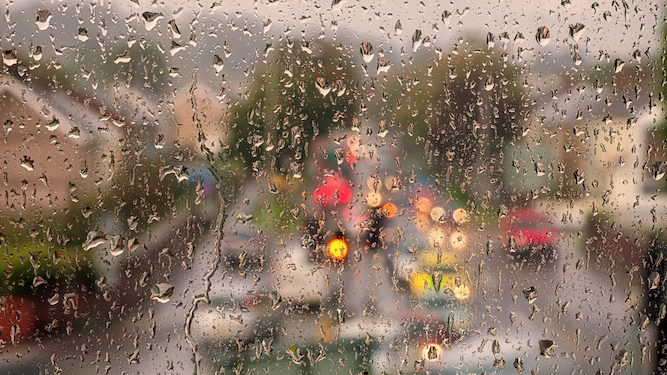 YESTERDAY’S Bank Holiday did not count because it pissed down all day so can be taken in lieu today, the government has announced.

Millions of Britons who had planned to spend the day drinking in gardens and parks were devastated by bad weather and forced to drink inside their own homes or, in some desperate cases, resort to a Zoom quiz.

Faced with demands for reparations from furious citizens, the government has agreed that given the conditions, an alternative day off can be taken at any time during the next 14 days and employers do not even have to be informed.

Julian Cook of Warwick said: “After the year we’ve had, it’s unacceptable to spend yet another day trapped in with the kids staring out at hammering rain while swigging gin.

“I, and a number of other people likewise afflicted, had joined together to take legal action against those who allowed this to happen, but a settlement has now been reached.

“If there was rainfall of between 4mm and 8mm an hour for three or more consecutive hours in your area, then the Bank Holiday is declared null and void. You may take it at your leisure over the next fortnight. It’s a victory for the common man.”

A government spokesman said: “We’ve paid half the country’s wages for the last year anyway, so f**k it, why not?”