Is your sex problem middle class enough for the Guardian?

ARE you thinking about writing to the Guardian with a sexual problem but are worried it’s not middle-class enough? Read our guide.

It should include something painfully bourgeois

Normal people get bored of shagging the same person. You should no longer fancy your partner because you’re obsessed with the attractive watercolours tutor Valentina on your two-week creative retreat in Sardinia.

It should be hideously complicated

“I can’t get it up” or “My husband has become fat and unattractive” are genuine sex problems but not really intellectual enough for the Guardian. Try something more poncy, like:

“I’ve always envied my sister’s lesbian relationships but with a demanding new job in arts management I don’t have time for sexual experimentation. My husband is straight but had same-sex relationships at university, so am I feeling a justifiable sense of ennui or is it just ‘new job jitters’? Also…” [Continue until readers are utterly confused.]

It should prove how liberal you are

This sort of thing is good: “My wife and I have a great sex life, but recently I realised I’ve never had a gay or transgender experience. Should I get a sex change and start sleeping with men who used to be called Naomi?”

It should be pretentious

You know the score. “I cannot achieve orgasm unless I imagine my colleague Matteusz. He has an appreciation of Paganini my husband, an IT consultant, can never hope to have.”

It should include a jaw-dropping ‘WTF’ element

The best Guardian sex problems are totally unlike the average person’s sex life. Definitely send in problems such as:

Top five scarves to make you look like a twat 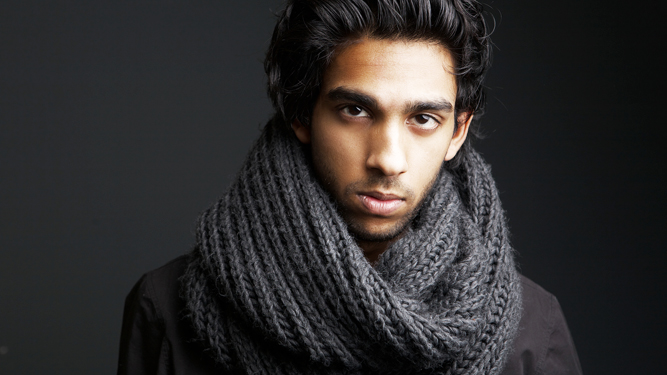 ALL scarves look stupid, but if you want really want to look like a huge twat you must choose carefully.

Here are this autumn’s best scarves for looking like the biggest bellend.

Is it a scarf or a blanket? Or maybe a rug? No, it’s definitely a scarf, even though you could throw it on the floor and it would tie the room together. It’s so big a family of foxes could come and live in your neck-folds.

An item that screams out, “I can’t handle tassels”, this neck warmer is perfect for anyone who wants to look like they’re about to hop on a moped and zoom off to Twatsville.

For people who want to wear a scarf, but want none of the warmth that comes from wearing scarves. Fans of this look may also want to check out a linen ski jacket and canvas snow boots.

Wearing a football scarf as an adult, are we? Did you wake up in football team-branded pyjamas? Are you wearing a replica kit underneath that suit, including the shinpads? You are clearly an 8-year old child who has not yet worked out how to dress like a grown-up.

Twat rating if the football team in question is Chelsea: 9.5/10

Everything that is wrong with the football scarf, plus wizards and goblins.