SOME knobheads have strongly objected to some bullshit, it has emerged.

The bullshit happened yesterday, when someone said something about a thing that may have been deliberate or just misconstrued, but either way is still bullshit.  However knobheads rapidly retaliated, taking to their keyboards to condemn their interpretation of it.

Nikki Hollis tweeted: ““I stand with whoever or whatever I deemed to be oppressed by whatever it is that may or may not have happened. How dare he or she do or say that to him or her?

“Let’s form an angry mob and gather outside some premises that is vaguely connected to all this.”

However others intervened to point out that the bullshit was, in fact, bullshit. Roy Hobbs posted: “Guys wait, maybe this is bullshit. I think we need to chill out and not be knobheads.”

Nikki Hollis replied: “Roy Hobbs, you’re just condoning the bullshit because you agree with it on some deep level that you are not even aware of. How dare you accuse me of being poised at my computer like a coiled spring of petty resentment, just waiting to pass judgement on some trivial nonsense.” 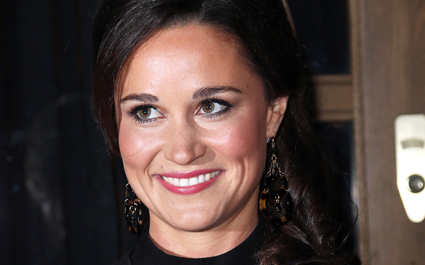 PIPPA Middleton has confirmed plans to destroy the aristocracy from within.

The socialite and cookery writer admitted she has nothing but contempt for the upper classes and sees the royal family as an absurd and inhumane relic of an oppressive colonialist regime.

During an interview about her massive engagement ring, she said: “Looking at this disgusting bauble of the elite, fashioned from the sweat and tears of the workers.

“I’ve been into radical socialism since I found a stack of discarded Class War newspapers round the back of my old pony club.

“Since then I’ve engineered my sister’s marriage and projected an ingratiating and blandly conformist image designed to help me infiltrate the so-called elite.

“I’d describe my politics and a mixture of Marxism – I actually have a tattoo of Marx on my left buttock – and anarcho-syndicalism.

“The big plan is to bag an invite to Balmoral for the summer then feed everyone cakes full of sedatives. The royals will be taken to a bunker and remain imprisoned until a full re-distribution of goods can be negotiated.

“I am driven by a seething fury and will stop at nothing to achieve a fairer world, even if must I die trying.”