Man absolutely livid about news he’s made up

A MAN is regularly furious about news stories that he has invented himself based on a misapprehension of the facts, it has emerged.

Roy Hobbs skims headlines and then constructs imaginary stories which outrage him using details provided by his many prejudices.

Hobbs said: “I always knew Oxfam were too good to be true. Now we find their high street shops are a front for brothels and sex parties.

“And surprise surprise, Corbyn was a high-ranking KGB officer all along. Sleeper agent. Spent years subverting our democracy, but activate him with the code-phrase and he’ll kill the Queen.

“Sometimes I can’t believe what’s going on in the world. They’ve invented a car that goes into space but the NHS is leaving pensioners on trolleys in the car park so they can charge them. How can that be right?”

Hobbs’ wife Belinda said: “Sometimes I make Roy watch the real news, but it doesn’t give him the pure outrage high he’s chasing. It’s pathetic but it saves us buying the Daily Mail.” 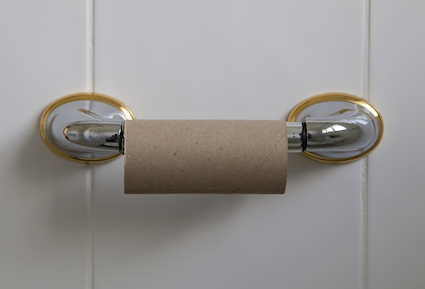 A MAN who assumed a magical fairy had been changing the toilet roll was stunned to discover she does not exist.

Martin Bishop, from Stevenage, found out the truth after spotting his wife of 15 years putting a fresh quilted Andrex on the holder.

He said: “I told her to leave it for the toilet roll fairy and she totally lost it and yelled, ‘I AM THE FUCKING FAIRY’.

“Apparently, she’s been changing the loo roll for our entire marriage. The world feels a little less special today.

“It’s not like I don’t do my bit. I once took a roll out of the bag and placed it on top of the cistern. For the fairy.”

He added: “I’m starting to wonder if the Bin Elf is real.”