EXPERTS have warned of an even worse type of anti-science, right-wing newspaper columnist emerging during the Covid crisis.

Newly recruited Daily Telegraph contrarian Charlotte Phelps said: “We should have mass burnings of masks in town centres. And people who wear them.

“Everything is an assault on our freedom. It’s fascism, although I have no idea what that means except it’s bad like Darth Vader.”

Fellow columnist and former Young Conservative Josh Hudson-Stroud said: “Fuck this ‘Clap a carer’. It should be ‘Cough on a carer’, to prove it’s all a conspiracy.

“I’ve been writing for the Times from my parents’ estate in Buckinghamshire and I haven’t got Covid. Why don’t people listen to the real experts?”

Professor Henry Brubaker of the Institute for Studies said, “We can try to contain the new twats by not listening to them, but it’s only a matter of time before the BBC invites them on Question Time for ‘balance’.”

The moron's guide to not voting for idiots 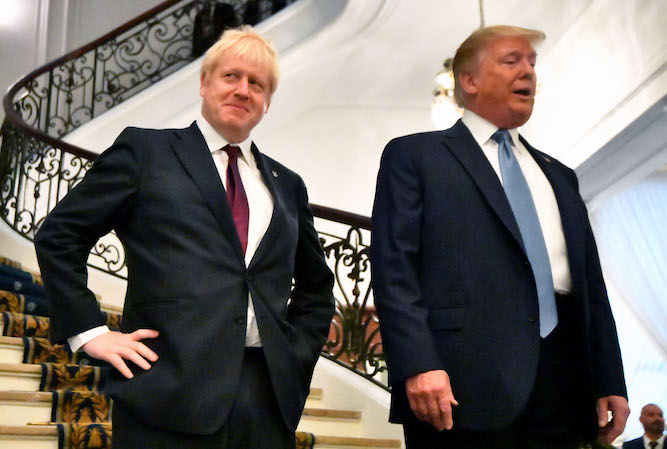 ARE you the sort of dunce who votes for arseholes like Boris Johnson and Donald Trump? Here are some questions to ask yourself before voting for them next time.

Are they a notorious liar?

We’ve all told the odd fib – ‘Your hair looks really nice’, ‘The bodies in the loft were already here when I moved in’, and so on. But if someone has a well-publicised, decades-long track record of lying, there’s a tiny chance they might do it again.

Write down your simplistic thoughts on a piece of paper, probably things like ‘Too many foreigns’ and ‘British army good’. Keep it to hand while watching TV and if politicians express exactly the same views – but with slightly longer words – they may somehow have guessed what is going on in your head.

Have they got an obvious personality disorder?

Mental disorders aren’t a great CV point, but it doesn’t seem to be a problem for populist politicians. However psychiatrists advise that before voting you should look out for the following warning signs:

● Overconfidence and a need to feel they are ‘the best’

● A need to be liked that can quickly turn to anger

Are they actually going to help you?

Prepare for your mind to be blown, but it might be a good idea to vote for someone who will genuinely help the NHS or improve shitty train services. Maybe prioritise that over media ‘culture war’ bollocks like a nobody student union rep from Sheffield Hallam criticising Zulu on Twitter?

Are they just a wanker?

If you wouldn’t accept a pissed-up Boris Johnson boring on about the Battle of Thermopylae while trying to cop off with your wife in your own home and hogging all the nibbles, maybe don’t vote for him.