YOU may browse it online now and then to see what the liberal elite think, but to truly be a Guardian reader you need to live the Guardian lifestyle. Here’s what to own:

1. Political cartoon toilet books about how terrible the Tories are

4. Photography book with cocks in

5. So many canvas tote bags that it’s actually environmentally catastrophic and plastic would be better

6. Box set of The West Wing, watched to death

7. Three children to prove you can afford it

8. Two cars, complete with scrutiny-proof excuses about the terrible state of public transport in this area

9. Handcarved Kenyan wooden stool that’s not actually comfortable to sit on so is piled with magazines

10. Cabinet of artisanal small-batch flavoured gins, ignored in favour of necking a litre of Bombay Sapphire every weekend

11. Vinyl collection only embarked on because everyone else was

13. Storage unit full of all the stuff you got rid of to be minimalist like one of the homes in the Weekend magazine, then you got new stuff

15. Hilarious anti-Brexit sign that not one of those bastards photographed on the march so you’re saving it for the next one

Apple designer Jony Ive admits he can only draw oblongs 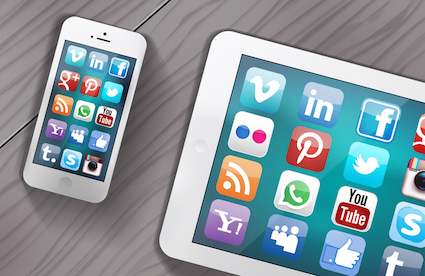 APPLE design guru Sir Jonathan Ive has admitted his iconic designs are based on his inability to draw anything except oblongs.

Ive, who was chief designer of the iPod, iPhone, iPad and Apple Watch revealed that if a product requires a circle or a square he gets someone else to do it.

He said: “I got the job because I faked my CV. I don’t know anything about design. Before I did this I worked on a really shit farm where everything died.

“Anyway, I just started drawing oblongs and Steve Jobs really liked them. So I kept doing it. Then one day I put a small oblong inside a big oblong. Steve gave me a million quid a year and I got a knighthood.

“I get other people to round-off the corners of the oblongs because that’s a nightmare. I did try drawing a circle once. It did not go well.”

He added: “No triangles ever. Anyone who can draw a triangle is a witch.”