The Daily Telegraph guide to reporting the opposite of reality

DO YOU struggle to understand Daily Telegraph reportage which appears to come from a mirror-universe? News editor Norman Steele explains the editorial line.

In any dealings with alien countries, our policy is that they deserve and get a bloody good hiding. Even Dominic Raab’s arrest for soliciting acts of prostitution in Bruges would be portrayed as an up-yours to Brussels and a triumph of hard-hitting English diplomacy.

If you’ve heard of campus no-platforming, Twitter spats between obscure LGBT activists and unisex toilets, it’s because they get our readers frothing and begging for more. That’s why we cover them so obsessively, as does the Guardian.

The EU is permanently on the brink of collapse

Like the marriage of an adulterer, the EU is totally over and just needs to admit it. There’s as much evidence for this as there is for spontaneous combustion, but it draws in xenophobes who spend all day on our comments section, driving site traffic and indirectly helping to pay for my daughter Portia’s private school.

If you’re utterly baffled by an article about a girl who appears to do nothing but ride a horse and wear vintage dresses, she will be an aristocrat. We believe these people to be fundamentally interesting, mush as you do ‘pop groups’ and ‘screen idols’.

Our columnists can argue, completely sincerely, that Britain is a dictatorship run by the BBC, Muslims or even Venezuela. If the genuinely bonkers ones are busy, we just contact a mercenary freelancer who’ll churn out hate because they need a new Aga.

I am not Marty McFly so you may call me chicken as much as you like, explains Corbyn 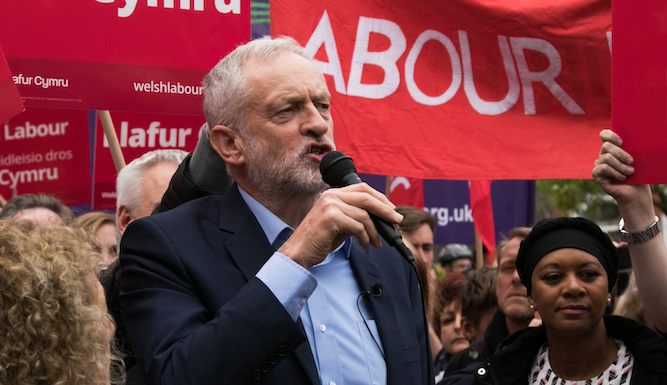 JEREMY Corbyn has explained to Conservatives that he is not the film character ‘Marty McFly’ and suffers no instinctive reaction to being called ‘chicken’.

As Tories prepared their next brilliant plan of moving their arms like wings while clucking a lot, which they are convinced will win them an early election and no-deal Brexit, Corbyn remained unmoved.

He said: “As it happens I saw the film Back to the Future during an unguarded moment in the 1980s, and am familiar with the character played by Michael J Fox.

“I am unlike McFly in many ways. I have no age-inappropriate friendships with scientists, I do not ‘skitch’ on motor vehicles with my skateboard, and I am not in the least annoyed at being called ‘chicken’.

“In fact I admire chickens and hope to lead Britain to a self-sufficient socialist future where every household keeps chickens, as they do in Cuba, killing them for food when government rations fall short.

“Chickens are socialist. The three lions on English football shirts should be replaced by three noble chickens. Do you have any other ideas?”