Tom Booker was forced to ‘like’ the comment left by his friend Martin Bishop despite the fact it wasn’t funny and barely even made sense.

He said: “If someone from work or maybe a relative had left the comment I could have simply deleted it, or taken the piss out of them.

“But as it’s Martin and he did help me move house last week I’m forced to pretend I found it worthwhile and amusing.

“That did then unfortunately lead to some other people adding their remarks to the comment which I then also had to ‘like’ to not look like a prick. 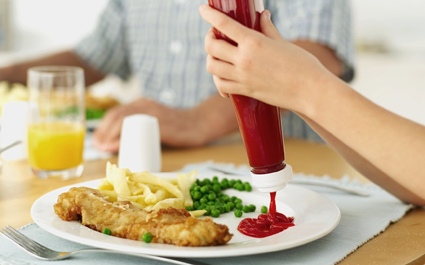 Researchers at the Institute for Studies found that people earning under £40,000 a year all call it red sauce whilst those in the higher income bracket, without exception, say ketchup.

Professor Brubaker added that there is no earthly reason why brown sauce is just called brown sauce and doesn’t have any other kind of name.

He said: “Bretchup maybe? Or does that sound too much like Brexit?

“Brexit Sauce is probably what they’ll start calling it in Wetherspoons.”