Which BBC star would you like to see fired for their tweets?

NEW BBC boss Tim Davie has said that BBC stars could be fired over controversial tweets. So who would you like to see sacked?

Bland and popular Match of the Day presenter Lineker is the face of football, the people’s game. But unlike ordinary people he is a Remainer. Without his sly undermining of national pride, England would undoubtedly have won the last two Euros and a World Cup.

The political editor of BBC News regularly criticises the government even though they are only trying their best in difficult circumstances. However others feel she openly supports the Tories. This proves she is biased against both sides and needs to be sacked twice.

The EastEnders star has largely quit Twitter after discovering the platform is for ‘facking muppets’ and ‘nonces’, but can still be fired for historical tweets like most people are. A quick scan of his timeline reveals him to be uncouth, anti-Trump and aggressive to ducks. Also he has made a lot of shit films.

Thinks he’s so clever, with his quiz shows and his World Cups of chocolate bars and being too bloody tall. Smug wanker. He probably votes Labour. Or even Green.

Let’s face it, most BBC stars tweet bland shit nobody disagrees with or use their accounts to help charitable causes. It’s f**king Lineker that’s got us all in a froth, with his pretence of being nice and reasonable while openly espousing left-of-centre views. Shut up and drone on about Pudsey Bear, Gary.

Tim Davie doesn’t mean decent stars like Lozza, who called Black Lives Matter a ‘supremacist cult’, should be fired. He’s a breath of fresh air winding up the Wokerati. It’s that pious bastard Lineker who needs giving the boot. Bring back Ron Atkinson. 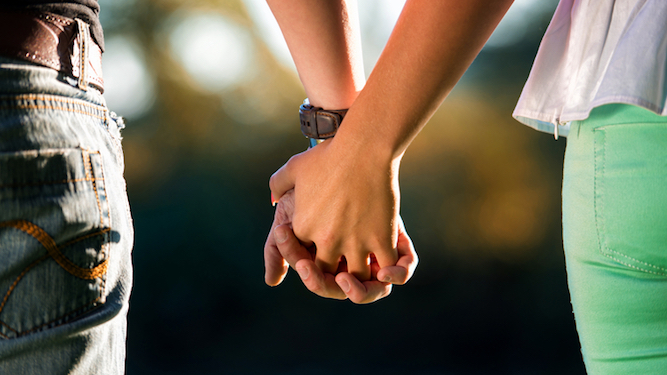 A COUPLE have realised that they are not in love anymore after briefly being forced not to hold each other’s hands, they have confirmed.

After momentarily letting go of each other’s tender grasp to make room for a passing pedestrian, Ryan Whittaker and Kelly Howard felt that the spark had fizzled out of their relationship.

Whittaker said: “They say absence makes the heart grow fonder, but two seconds apart from Kelly made me realise we have nothing in common and our love is built on a foundation of lies.

“The instant our hands parted I could feel my love for Kelly drain out of me like a big wee. And judging by the touch of her cold, clammy claw when we were finally reunited, I could tell the same thing had happened to her.”

Howard said: “This is why we never usually make room for other people and prefer to hog as much public space as possible with our nauseating affection.

“That and we both get a sick kick out of making people walk around us while tutting. It’s probably what attracted us to each other in the first place.”