Why could men possibly want to be pick-up artists, wonders baffled Guardian

THE Guardian has puzzled over why men could possibly want to be expert at picking up women for no-strings sex, and has found no answers.

Guardian journalist Thom Booker spent an afternoon researching the murky world of pick-up artists and concluded that nothing can possibly explain what motivates them to treat women as mere sex objects.

He continued: “They could be opening important dialogues with women about Extinction Rebellion, or developing their intersectional feminism, or simply showing solidarity in the era of Trump. But instead, they’re trying to have sex with them?

“Why? What could that possibly achieve, in our current political climate? It’s unfathomable.

“I asked a few of these so-called ‘pick-up artists’ about what spurs them on, are they looking to decolonise their toxic masculinitity etcetera, but again it was all this stuff about ‘meeting women’ and ‘sex’.

“I asked if they’d considered following more marginalised voices on Twitter, which I think they’d find more fulfilling, but they looked at me as if I was the idiot. Me. None of it makes sense.”

Later that evening Booker visited the pub, idly tried a couple of the techniques, went home with a woman and spent the following day slack-jawed with an expression of slowly dawning comprehension.

I could be the consummate grime artist if I wished, Rees-Mogg tells Stormzy 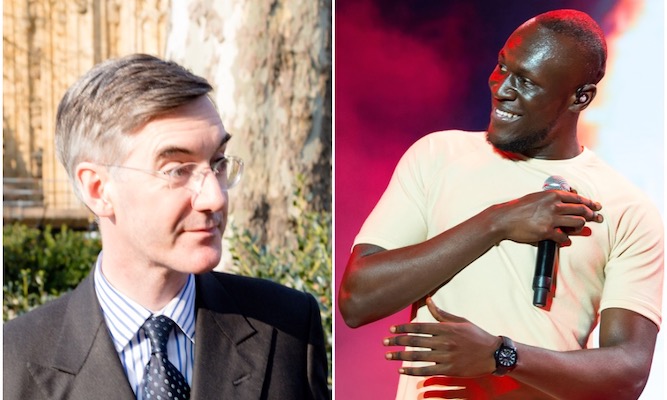 JACOB Rees-Mogg has asserted that if he were to become a grime MC his intelligence and natural authority would place him in pole position.

The Leader of the House told interviewers that ‘it is just common sense’ that a man of his bearing could headline Glastonbury, go platinum and launch a fashion line, ‘all without selling out’.

He continued: “Rapping to syncopated breakbeats about the gritty squalor of urban life? All very much within my wheelhouse.

“What Stormzy fails to recognise is that as an Etonian and Trinity man I have the necessary grounding to turn my hand to any field. Grime would be no different.

“I conjecture I’d first drop a sick sixteen bars as a feature on a Fredo track, followed up by an AJ Tracey collaboration and then my first solo release. On my own label, naturellement.

“Once the acetate had earned enough rewinds on the underground scene, it would go straight in at number one. After headlining the O2 I would then become the first grime artist to break the New World.

“Also, I would ‘date’ Maya Jama and record a diss track about Stormzy featuring her vocals. With the correct breeding, it’s child’s play.”