CHRISTIANS in England are to start worshiping Princess Diana instead of Jesus with a new prayer written by the Archbishop of Canterbury and exclusively revealed on the Daily Mash today.

Rowan Williams said composing the prayer made him realise Diana was far more worthy of adoration than the Messiah because she was more spiritual, had less facial hair “and much better legs”.

The new prayer is due to be unveiled at the memorial service to mark the 10th anniversary of Diana’s death later this month, but readers of the Daily Mash have been granted this special preview.

A Prayer for Diana, Princess of Wales, by Rowan Williams.

Princess Diana, who art in Hermes,
Chanel was thy favourite brand name.
Thy King did come.
But he fancied another one, as did you anyway.
Give us this day a flash of your smile.
And forgive us our paparazzi,
As we forgive those who paparazzi against us.
And drive us not into the side of a tunnel,
When we aren’t wearing our seat belt. Amen.

Fat Kids To Be Chased To School By Dogs 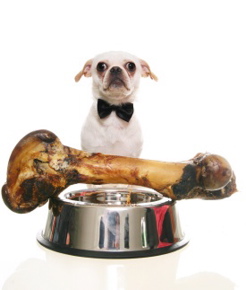 CARS are to be banned from the school run and children chased to their classes by angry dogs under new Government plans to eliminate childhood obesity by 2010.

The children will initially be given a ten minute start on the dogs, but this lead will be phased out over two years, after which the dogs will also be poked a bit with sticks before being released.

The kids will be given a pound of steak mince and a cat to throw on the ground to distract the dogs should they get to close, however once both have been used up “they are on their own”, the Government said.

Ed Balls, the minister for school children, said drastic measures were needed because most kids were now so fat they had to lie down at all times or else their bones would crumble under their own weight.

He said: “I personally have seen a six year old literally dissolve in his own fat before my eyes. We have to act now or else the whole country could soon be ankle deep in wobbly child blubber. ”

Mr Balls also warned that if the latest measures to halt the rise in obesity failed then the Government would not hesitate to ban children from school altogether to solve the problem.

He said: “Our research shows a direct link between attendance at school and rising child weight. Before they all started full time education British children were all so nice and thin they could fit up chimneys and crawl under fast moving and dangerous machinery. Now look at them.”