13 deceitful ways to make people go out with you

IS the real you quite an off-putting individual? Here’s how to keep your more unappealing traits well-hidden until you’ve snared a partner.

Pretend not to be a control freak. Don’t mention that you need to know where your partner is at all times. Or that you arrange all your clothes alphabetically.

Feign the same interests. Swot up on a partner’s favourite band in a creepy way until you could win an episode of Mastermind with your specialist knowledge of a group you can’t stand anyway.

Buy thoughtful gifts – however much you hate the expense. Once you’re going out properly you can revert to cheap, insensitive presents, such as a pan cleaning brush for their birthday.

Make an effort with your appearance. Look like the sort of stylish partner anyone would be proud to show off. But don’t throw away your dirty t-shirts and jogging pants with yellow stains on the crotch. Once you’re a couple you’ll be needing those again.

Pick up the bill for nice meals. You can recoup the cost later by refusing to eat anywhere except Dallas Chicken (they can have two pieces of chicken, max).

Be easygoing. Only later should it become apparent you’re a moody, sulky bastard over the smallest thing, eg. not being able to buy a pair of socks in the exact colour you wanted.

Keep quiet about any dodgy views. However weird you are, you’ve probably twigged that most people will raise an eyebrow at your plan to keep unemployed ‘chav’ families in zoos.

Talk to them about their interests. Only months later should it emerge that your idea of stimulating conversation is you moaning, uninterrupted, for an hour about your day at work.

Memorise a sense of humour. Write down witty things you hear and learn them by heart. But not a whole episode of Mock the Week, as that will freak them out if they see it.

Be an attentive lover. Make sure they are always sexually satisfied, because in your anally retentive world this is banking sex credits for when you go back to whopping it in, quickly climaxing and rolling over for a good sleep and a snore.

Be very polite. Your fledgling partner should be impressed by your manners. Once you’ve got the relationship ‘in the bag’ you can be a nitpicking bastard who rudely criticises minor things like the colour of their shoes.

Big up your job. Hugely exaggerate your responsibilities so it sounds like you’re a senior manager. Or if you’re a real nutter, invent a job that sounds like the last word in cool to you, eg. airline pilot and part-time SAS sniper. 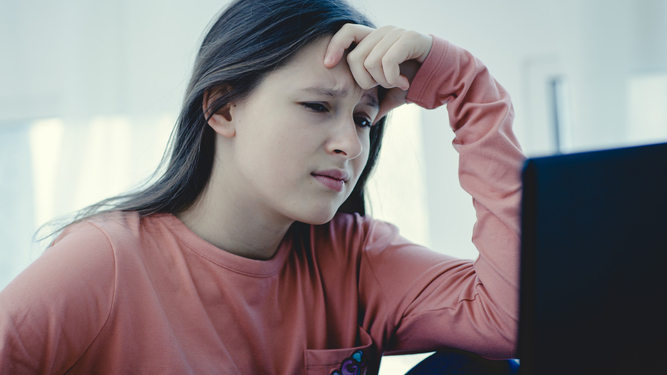 SOCIAL media has been blamed for strange behavioural tics in teenagers. Here’s why you were fortunate to avoid today’s social advances while growing up in the 80s.

You got bullied enough anyway

School provided ample opportunities for every type of bullying from throwing your bag into someone’s garden to mild beatings. Nowadays you can get home for more bullying on Facebook – except much worse things like being told to kill yourself, which makes smashing your protractor set into tiny pieces look like a kind and generous gesture by 80s bullies.

The modern pupil augments their studies with the wonderful learning resource that is the internet. They don’t, of course, and just cut and paste stuff that’s obviously cribbed or wrong. You’d have done exactly the same, emerging from years of schooling without remembering any facts whatsoever, not even utterly useless information about motte-and-bailey castles.

School councils and other earnest wankery

Children are self-important little tossers anyway, so you shouldn’t be giving them a formal way to drone on about school life. Like work, it’s fundamentally dull and tinkering around the edges won’t change that. And they’ll soon learn that pushy twats get an ego boost from taking charge of boring admin the second they start work.

A huge investment of – basically – wasted time, but also another bullying opportunity. 80s kids were obsessed with calling each other ‘benders’, and repeating it at least 20 times just made this Wildean witticism more hilarious. Today’s kids can enjoy this too with hours of being called a ‘faggot’ by shrieking idiots on Call of Duty. You’d welcome graphic discussions of your mum’s sexual perversions just for some bloody variety.

An 80s childhood was already full of grim experiences, from mumps to watching Threads. The last thing you’d have needed was having more joy sucked out of it by an earnest parent sending you to school with carrot dips and hummus instead of a bag of sodium-laden Space Raiders and a unfeasibly large Mars bar that was 97 per cent sugar.

Or rather hysteria about them. A serious issue, but too many immature adults have got carried away with the drama of protecting their ‘little ones’ from perverts lurking in every changing room. In the 80s you were free to worry about innocent things, like whether the disfigured, child-slaying ghost of a mass murderer lived in the school boiler house as your mate Colin claimed.