IT’S the moment you’ve been dreading – you’ve reluctantly agreed to let your 18-year-old daughter’s boyfriend ‘sleep over’. Here’s how to survive the worst night of your life.

7pm. He’s turned up and already dropped an overnight bag in her bedroom like he’s f**king moving in. They’re heading to the pub for a bit, and you find yourself guiltily hoping they have a massive row and she comes home alone and in tears wanting a hug from her dad.

7.30pm. Now they’re out of the way, sneak into her room and search her bedside drawers for condoms. Breathe a sigh of relief when you find nothing, then panic at the thought that they might not be using contraception and single-mumhood beckons, with childcare chores for you and mum.

10pm. She’s back and he’s still in tow. Force yourself to converse before realising he’s not into football. He’s also surprisingly unimpressed about how you once saw the singer from The Wonder Stuff in Sainsbury’s in 1992. Revert to pretending you’re reading something really interesting on your phone.

11pm. Here we go – they’re heading up to bed. Say your goodnights then turn the TV up to make sure you can’t hear anything – then scramble to hit the mute button every time you vaguely detect something which might have sounded like a squeaky bedspring.

Midnight. Creep up the stairs to bed, illogically trying to be as quiet as possible so as not to disturb them – even though it’s your f**king house. Happily it’s deathly quiet, so settle into bed to sleep – only to sit bolt upright when you wonder if they’ve shagged themselves into a state of total exhaustion.

The fable of The Ant and the Grasshopper - updated for 2021 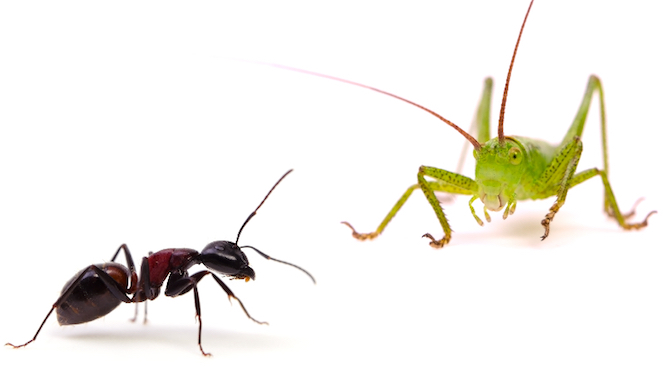 AS debate rages about who should pay for vital services, what better time to revisit Aesop’s classic fable about insect workers and freeloaders?

All summer the grasshopper played his guitar and enjoyed the sunshine. He barely noticed the ant that went by every day, collecting grain for the winter. ‘Bloody snowflakes,’ muttered the ant, who read the Express.

But soon it turned cold and the grasshopper was forced to go round to the ant’s house and ask him for a little grain to see him through the winter. ‘No,’ said the ant bluntly. ‘You should have planned your financial future properly. I’m sick of scroungers.’

‘By the way, see this house? It’s worth £375,000. That’s because I was clever enough to buy at the right time,’ added the ant smugly, although really he’d just bought it at random before the insane housing boom.

The grasshopper went hungry throughout the winter. But he’d learnt his lesson, and in spring he got a badly-paid job at the insect Amazon warehouse.

But soon he discovered he’d have to pay part of his meagre salary toward social care for elderly insects. ‘So much for having plenty of delicious grain,’ he thought, bitterly. ‘Plus it looks like I’ll be renting a flat for the rest of my life. My cooker’s in the f**king living room.’

Meanwhile the ant was having problems of his own. He’d had to go into a care home and was having to sell his house to pay for it. There’d hardly be an inheritance for his ant children, who were hoping someone would pour a kettle of boiling water on him and finish him off quickly.

The grasshopper visited the ant in his rather grim care home. ‘Looks like we’re both f**ked,’ said the ant. ‘Yes,’ said the grasshopper. ‘D’you want to share my last bit of Tesco own brand grain? It’s not very nice.’

Moral: If you expect this government to sort out the social care and housing crisis, it’s about as likely as talking, guitar-playing, homeowning insects.