All the noises coming from the kitchen are angry

EVERY noise emanating from the kitchen from furiously clinking cutlery to irately closed cupboards is extremely angry, a husband has confirmed.

Tom Booker of Macclesfield is not sure what exactly he has done wrong yet, but is confident that he will soon be informed in a way that does not require him to interpret the banging of pans.

He said: “Whoof. From the way she’s repeatedly smacking the ignition on that hob, I have messed up big time.

“I’ve never heard the cereal boxes being put back on the shelf with such suppressed rage before, or the dishwasher being loaded with such icy, serial-killer hatred. It’s giving me shivers.

“It’s strange; I never hear the fridge open and think ‘Ah, my wife loves me’ though clearly that’s the sound I’m familiar with, to which this is the exact opposite.

“I’m going to have to go in there. I can’t let the pedal bin suffer for my crimes for a moment longer. Time to face the music.”

Booker then entered the kitchen, and shortly after was heard the distinctive sound of a spatula slapping flesh. 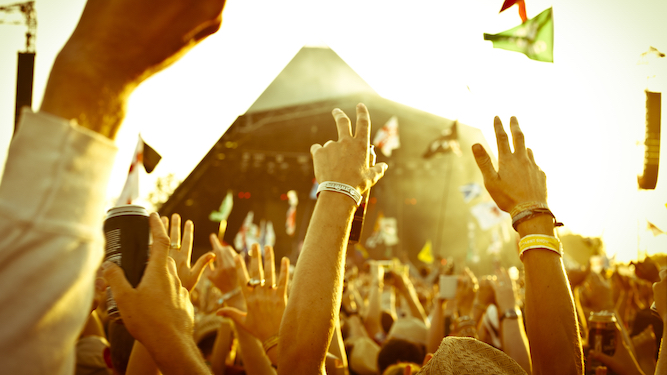 TENS of thousands of Glastonbury attendees are today discovering that a blazing hot weekend in a desperately overcrowded campsite is also hell.

As the sun mercilessly beats down on Worthy Farm, festivalgoers are queuing for suncream, fighting for patches of shade and wishing they were anywhere else but for the opposite reason than usual.

Donna Sheridan, aged 29, said: “So it turns out deserts are only slightly more suitable than swamps for holding music festivals. Who knew?

“Don’t get me wrong, the sunshine’s lovely for the first hour or so, but then your tent’s like an oven and beer gives you a throbbing headache and sweaty people are rubbing against you wherever you go and it’s just unbearable.

“Plus the moisture in the air really dampened down the stench of the toilets. In these warm conditions you’re breathing baked sh*t all the way at the top of the Healing Field.

“By the time Kylie’s performing on Sunday afternoon the topsoil will have turned to orange dust and be blowing through in the air while we trudge through it with makeshift goggles and rags tied over our faces like Mad Max extras.

“I wonder if an overcast Glastonbury would be any better. Mm. Probably not.”