Being genuinely thoughtful more effective than being a shit, claims man

A MAN has claimed that being genuinely thoughtful and kind is a better way of getting what he wants than plotting and manipulating.

Tom Booker made the discovery after spending his whole life trying to get his own way through bullying, deception and generally being a shit.

He said: “The other day, my girlfriend was crying about some nonsense. I wanted her to stop, but couldn’t think of a way to convince her it was her fault.

“In the end, I hugged her, mostly to muffle the annoying sound of her sobs. Unbelievably, it worked.

“Then at work, instead of  claiming that my arch-rival Aaron had been washing his balls in the bathroom sink, I helped him out with a presentation. And now he’s offered to help me. Weird.

“Turns out it’s not even difficult to remember what others do and don’t like, and to then behave accordingly. All that wasted time reading The Art of War when I could have just been handing out donuts.”

Booker’s mother, Donna, said: “It’s nice that Tom’s making an effort with people, but if he doesn’t really mean it, then isn’t he still just the same devious little bastard?”

Middle class students excited to 'do weed' for first time 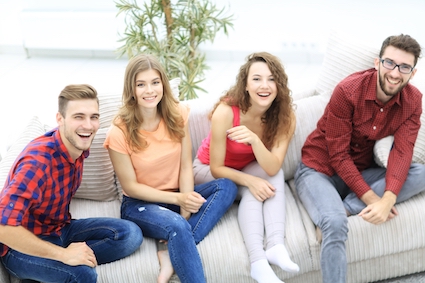 A GROUP of middle class students are terribly excited to ‘do’ some weed, it has been confirmed.

Megan Cartwright, 19, said: “I’ve only seen it being done on edgy teen shows like Skins. Also, I have friend who has been to Bristol.

“It’s all just unbearably exciting. We’ve been in talks on how to best take the weed. Jennifer suggested ‘space brownies’ but I decided it’s probably better to suck it straight out of the spliffer.

“I just hope I don’t have a ‘whitey’ or go completely insane and have to spend the rest of my life in an institution.”

Megan’s flatmate, Jennifer Harrison, said: “Megan’s been off the rails this term. She’s been talking about setting up a ‘Breaking Bad’ in our halls. I don’t think she understands that that’s not what it’s called.”

Harrison added: “I’ve sent one of the tougher members of the group to go and do the ‘pick-it-up’.

“If they don’t make it back it will be very sad, but also really good material for one of my short stories.”