A TWAT has announced that a single day is not enough for his birthday.

Tom Booker made the decision after a friend was unable to attend his big 37th birthday party, even though 37 is an objectively inappropriate age to throw a birthday party.

He said: “When Steve couldn’t come on the Saturday I pointed out that it was my birthday all week, so there were plenty of other chances to bathe in its magic.

“The actual day’s Wednesday so that’ll be a big night, but I’m also going to the cinema, tapas, bowling, Laser Quest, all the big stuff. It’s all about the birthday boy.”

Co-worker Emma Bradford said: “Tom kept going on and on about ‘only being 37 once’ and on the morning itself we realised he was properly serious, so I had to run to the Tesco garage to buy him a cake.

“The day after he brought in iced buns and party poppers. Today’s it’s jelly shots and we’re all going out after work to TGI Friday, where he’s going to get the whole place to sing.

“He’s started calling it TomFest. I’m going to try and get him sacked.”

Superhero to use most powerful move 'much earlier' in future adventures 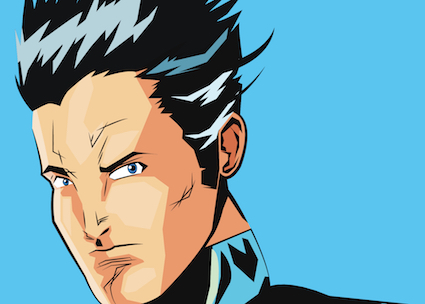 A SUPERHERO has realised that from now on he should probably use his most powerful move a lot earlier.

BlasterMan, 28, who has the ability to summon huge sonic blasts at will, made the pledge after battling the evil overlord Kraarl from the fifth dimension.

He sadi: “In the past I’ve always used small to moderate sonic blasts to begin with and then it’s not till the last moment, when the surrounding city is mostly destroyed and all my allies are either incapacitated or dead, that I turn to whoever is still alive and say something like ‘hang on, I’m going to try something’.

“I then start to remember something from my childhood or earlier in my superhero career where a long dead family member or wise teacher told me something about the nature of good and evil or whatever.

“I then summon up my most powerful sonic blast – a mega-blast if you will – that’s pretty much capable of killing anyone or anything – mutants made from nuclear waste, alien spaceships, whatever turns up really.”

It was BlasterMan’s ally TreeGirl, who has the power to control almost any tree, who suggested the change of strategy.

She said: “He fired off this mega-blast and Kraarl’s head just exploded. I was like ‘Dude, why didn’t you do that earlier? Half a city has been destroyed, couldn’t you have done that right at the start?’.

“And he just sort of looked a bit embarrassed and was like ‘Oh yeah, I hadn’t thought of that’. What a prize arse.”