THE girlfriend of a man who believes he is funny enough to be a stand-up comedian is considering terminating the relationship immediately.

Martin Bishop floated the idea to Joanna Kramer after making a vaguely witty comment in the pub that amused several friends and which he then repeated all night.

Kramer said: “It was a sh*t joke but his mates were wasted enough to laugh and the guy in the kebab shop sort of chuckled politely at it, so now he thinks he’s Michael f*cking McIntyre.

“He’s started doing terrible observational monologues about cleaning his teeth and eating cheese which make me want to punch him in the face. So he’s like a professional stand-up in that respect.

“This morning he said ‘Have you ever noticed there’s always a bit of toothpaste stuck to the sink?’. I wondered what the f*ck he was on about, then I realised he was doing stand-up on me.

“In the unlikely event he succeeds as a comedian he’ll just become a w*nker egomaniac and dump me for a TV researcher. Therefore it makes total sense to cut my losses now and avoid loads of excruciating ‘open mic’ gigs.”

Bishop said: “Have you ever noticed how cats really clean their a*seholes but never bother with their tails? No? Hang on, I’ve got some other material I’ve been working on.” 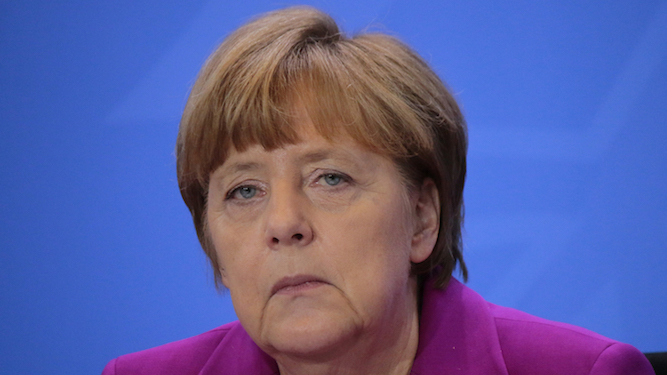 BORIS Johnson is to put Angela Merkel at her ease with a solid five minutes of Nazi jokes at today’s meeting, he has confirmed.

The prime minister believes there is no way that talks can progress without first dealing with the elephant in the room – that Britain beat Germany in two world wars and could do it again tomorrow.

Johnson said: “Should I build up to goose-stepping? Or open with it?

“My accent’s fantastic and Gavin Williamson’s lent me an authentic 1943 SS uniform he keeps in his office. I think it’ll really break the ice.

“I’m going to cover the Blitz, the annexation of the Sudetenland, Hitler only having one ball, a bit of left-wing material Ken Livingstone left in the mayor’s office, then my full Downfall impression.

“Once we’ve had a laugh while reinforcing that Germany are the bad guys and Britain the heroes, we can negotiate in a climate of honesty and friendliness and really get things done.”

Merkel said: “I’ve got four World Cups on a shelf behind me. But he’s too much of a posh b*llend to even recognise them.”