A WOMAN is frustrated that her long-term partner has yet again refused to show his commitment to their relationship by proposing an unholy blood pact.

Though the couple have been together for several years, share a flat and are talking about children, 28-year-old Francesca Johnson’s boyfriend Tom Booker is still reluctant to surrender their twinned souls to Beelzebub.

Johnson said: “We’ve got friends who haven’t been together half the time we have rushing to the satanic altar and I’m stuck referring to him as my ‘boyfriend’ like we’re teenagers.

“I’m trying to play it cool but I sometimes wonder if I shouldn’t break it off and find someone who’s prepared to slit our wrists with ritual daggers and dedicate the remainder of our lives to be vessels for His diabolical agenda.

“I know it’s ridiculous, but does Tom even love me? Because if he did we’d be eternally damned by now.”

Booker said: “I love Fran, I’m not even looking at any other of the Horned One’s brides, but we’re still young, you know? I still want to learn how to scuba dive before she’s carrying the Beast from Revelation who will bring Armageddon to Earth.

“I’m not going to be pressured into pledging my life to Satan because all our mates are. I’m sorry, I’m a traditional guy and I take the spilling of blood in Lucifer’s name seriously.” 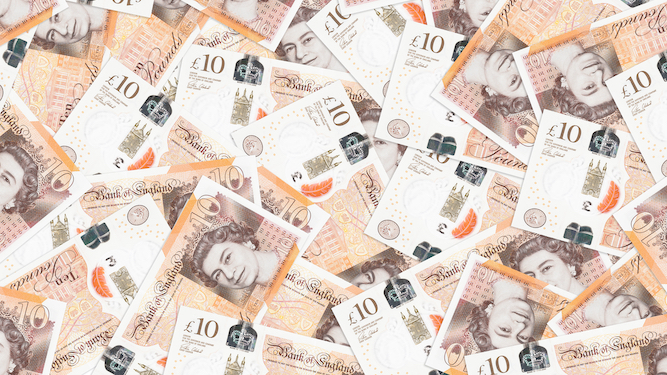 WORRIED about inflation? Let economic expert Martin Bishop explain what thousands and thousands of pounds will buy you in 2022:

A loaf of bread

Not the fancy shit with seeds in or the fresh-baked granary loaves. No, your wheelbarrow stuffed with banknotes will get you one of those half-loaves of white bread for single people once it’s been marked down for going stale. As long as you can battle past the other wheelbarrow-wielders to get it.

The stability of the economy is measured by the price of Freddo bars, and in 2022 they’ll cost £48,000. You’ll think this pretty extortionate because they were 10p when you were a kid, but by the time you reach the till the price will have trebled and you’ll be pining for the good old days of 45 seconds ago.

A single element of a Boots meal deal

Once a full meal deal was within an ordinary person’s reach. Now only Elon Musk can afford to assemble a sandwich, bag of crisps and bottle of water in a single lunchtime. You, with a mere wheelbarrow of cash, can only afford the Flame Grilled Steak McCoys which are the best bit anyway.

A copy of the Daily Star

By late 2022, a copy of Britain’s lowest-brow tabloid will be as out of reach to the man in the street as a trip to the Library of Alexandria was to a Celtic tribesman 2,300 years ago. The showbiz gossip gleaned from its pages will be passed on by the oral tradition, like the sagas of Homer but about Emily Atack’s dates with Jack Grealish.

A piss in a train station

You thought paying 40p for a slash in a train station was bad? By next November urinating while travelling one will be a luxury enjoyed by only the privileged elite. Watch Sir Philip Green swan in there to relieve himself while you wet your pants in public then trudge home, leaving a trail of urine footprints, with your useless £300,000.