Couple discover rom-com frolicking in the snow is bollocks

A ROMANTIC comedy-style romp in the snow has made a couple realise it is not romantic and their partner is a bastard.

Loved-up couple Nikki Hollis and Martin Bishop, who have been dating for six weeks, decided to frolic gaily without realising the damage it would do to their fledgling relationship.

Hollis, 26, said: “I didn’t think it was possible to mansplain how to build a snowman, but Martin did. Has he always been an arsehole? How did I miss that?

“And if I ever hear the words ‘structural integrity’ from his mouth again, that’s it. I’m done.”

Bishop, meanwhile, was taken aback by his beloved’s roughhousing while engaging in a playful snowball fight.

He said: “There was a look of pure evil in her eye when she was throwing snowballs at me. So ugly and competitive.

“I swear she was aiming for my face. And I almost knocked over the snowman, which would have been a disaster after spending so long ensuring its structural integrity.”

Hollis and Bishop are now expected to split up after making snow angels and developing horrible colds which will make them all snotty and unattractive.

Staffies Britain's favourite dog 'that's not normally like this, you must have provoked him' 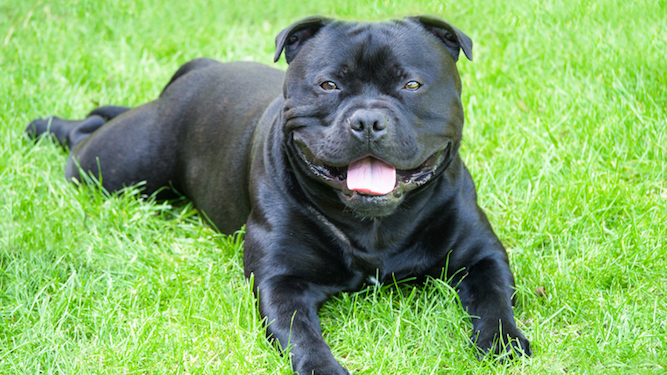 BRITAIN has voted Staffordshire bull terriers their favourite dog to barely have the strength to restrain while they bark frenziedly at a stranger.

The breed beat collies, Alsatians and even pit bulls for waddling down the street and springing at you while the owner pretends it has never done this before.

Staffie owner Nathan Muir said: “It’s your hat he doesn’t like. What were you thinking, wearing that hat?

“He’s so cuddly, that’s why Staffies are so popular. Not because they make the small-penised feel tough.

“And they’ve got a strong protective instinct. They’ll do anything to protect their pack. Dwayne? Don’t look at me like that, Dwayne, I’m the pack leader. I’m pack leader, Dwayne!