Couple suddenly panicking that wedding may be on

A COUPLE who were secretly relieved that their September wedding would probably have to be postponed are now terrified they might have to go through with it.

Emma Bradford and Tom Booker initially expressed devastation when their ‘dream day’ was jeopardised by the pandemic, but are now instead feeling a creeping dread that it may actually take place.

Bradford said: “That’s the thing with dreams, they don’t usually happen. It turns out I preferred getting married when it was an imaginary event very far away in the future.

“On top of that, weeks of social isolation has shown me how little I want to get 100 people I can hardly stand drunk at my own expense.

“With it indefinitely postponed I got everyone’s sympathy but without actually have to sign a legal document pledging my loyalty to a mid-level accountant who keeps trying to make his own ale.”

Booker said: “It took lockdown to realise that spending all my time with Emma is emphatically not what I want to do for the rest of my life.

“Besides I’ve mentally already spent my half of the returned deposit on a beer fridge and a PlayStation 5.”

Kids on nature walk couldn't give a shit about it 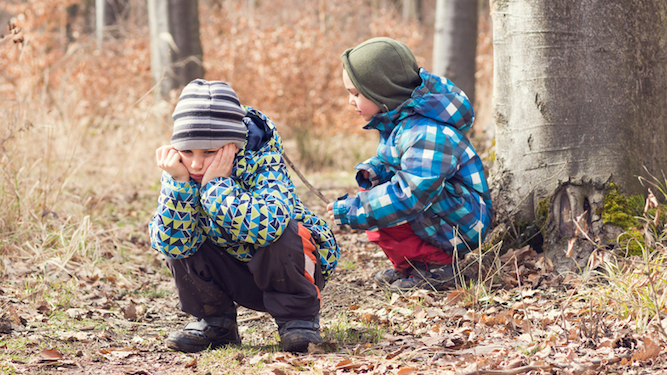 A GROUP of children on an enriching nature walk could not have given less of a shit about it, they have confirmed.

Parents Nikki Hollis and Nathan Muir dragged their offspring to a local forest to explore the majesty of nature, only to find them wholly unimpressed by the offerings of the natural world.

Hollis said: “I thought it would be wholesome like The Swiss Family Robinson but actually it was more like The Blair Witch Project, only without the relief of the ending.

“The high moment was when the little one got briefly excited about a bee, but it turned out it was only because it reminded him of Transformers.”

Muir attempted to get philosophical with his older children, telling them that “every tree tells a fascinating story”.

He said: “The oldest one just rolled his eyes, and the middle one said it’s ‘not as good as the story in Red Dead Redemption’ and they all laughed at me.”

Nature walks have now been banned and the children sent to their rooms with their consoles for the foreseeable future, which the whole family confirmed was a huge relief.