A WOMAN is missing the kick she used to feel when leaving her children in someone else’s care for the day.

Carolyn Ryan has been chasing the high of school drop-off since lockdown began and is becoming increasingly desperate to feel the same buzz.

Ryan said: “The sweet and simple joy of waving your children goodbye before slamming the car door, cranking up Heart FM and not having to deal with their bullshit for the next six hours is unlike anything else on earth.

“I’ve tried to replicate the feeling by telling myself I could just leave them at the park, or walk out of the house and never go back, but it doesn’t give me the same narcotics-like hit.

“The closest I can come to that surging feeling of freedom and possibility now is when I get them all buckled into their car seats.

“There are five magical seconds between shutting their car doors and opening mine when I feel the endorphins kick in, then as soon as I sit down they open their mouths and instantly harsh my buzz.” 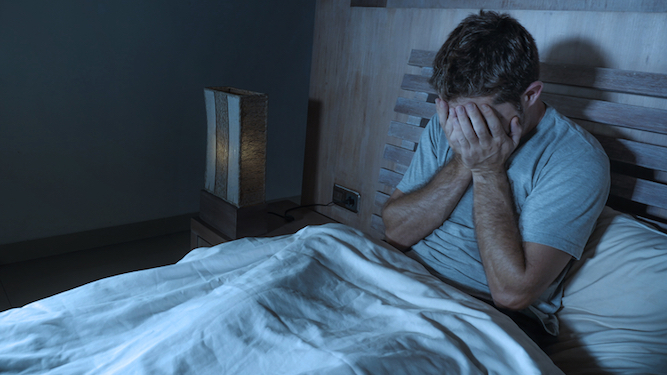 Following a night in drinking with his friends over Zoom, Tom Logan fully intended to go straight to sleep but was led astray by the promise of a dalliance with his old flame.

Logan said: “I was weak. I guess I was seduced by the temptation of millions of hardcore videos that stream quickly and in sometimes disturbingly high quality.

“No sooner had I clicked on the homepage link than we were down to business. I could barely get my pants off quick enough while it was bombarding me with X-rated clips with upsettingly descriptive titles.

“After getting what I came for I was overwhelmed with embarrassment and got out of there. Shuffling to my bed with my trousers round my ankles wasn’t my proudest moment.”

Logan’s friend Stephen Malley said: “There’s nothing to be ashamed of, we all do it. We just wish Tom had left the video call and turned his webcam off first.”