Five grounds for divorce during isolation

IS your relationship struggling during the lockdown? Check out these perfectly legal grounds for divorce while isolating.

Eating too many biscuits

Biscuits are a precious commodity during these troubled times and taking more than your fair share is just not on. Also, the person who stockpiled the biscuits legally gets the majority of the biscuits. Fact.

Fair toilet roll usage is the key to a happy household. One sheet for a wee and three for a poo. No more, no less. Do you really think your arse deserves more care than your partner’s? Any violation of this rule is perfectly reasonable grounds for divorce.

If your partner’s idea of ‘essential shopping’ is three Snickers bars, 19 Easter eggs and six bottles of Diet Coke instead of wine then call your solicitor. Especially if they did this after eating all your stockpiled Hobnobs.

Washing their hands for anything less than 20 seconds is pure evil. If you ever catch them being an 18.5 second wanker then you can legally call time on your relationship.

One cough and you have the legal right to get the hell out of there. If they are going down, you do NOT want to go down with them. Get away from that corona-infected bastard as soon as you can. And take the Hobnobs. 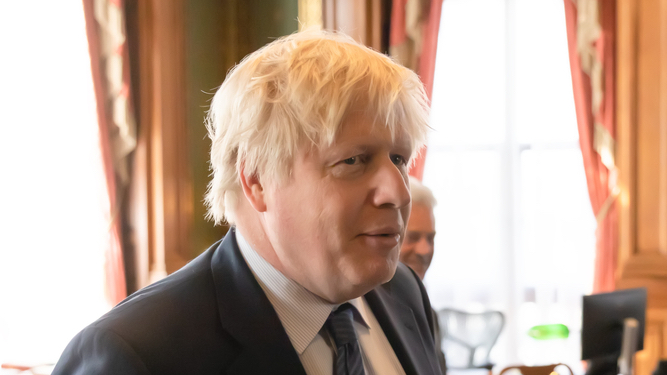 BRITONS are nervously awaiting the all-clear from the prime minister’s doctors so that they can think he is a dick again.

Reports that Boris Johnson is in ‘extremely good spirits’ are thought to mean the UK can end a week of concern and get back to its previous contempt for the twat.

Joe Turner said: “Since Sunday political differences have been put aside and as a nation we’ve hoped for his recovery. It’s going to be such a relief to call him a fat, entitled prick again.

“I’m left-wing, but nobody needed a power vacuum at the top and purely on a human level I felt for him. I’m genuinely glad the lying Bullingdon Club arsehole is getting better.

“Can we talk about how this is all his own fault for ignoring the rules yet? About how he’s clearly the Downing Street super-spreader? How that’s absolutely f**king typical?

“I can’t wait until he’s back leading the nation so I can say how unfit he is to lead the nation again. It’s still an insult to say he’s an improvement on Dominic Raab.”

Conservative voter Susan Traherne said: “The whole country can rejoice this Easter, for our hero is risen again. The stupid bastard.”