Five reasons you're single and not in a fantastic relationship

ARE you single? Are you wondering why? Here are five exceptionally simple reasons why no one wants to be your significant other.

You are extremely boring

When push comes to shove, no-one wants to listen to you talk about the computer you’ve just built or your collection of needy houseplants. Mostly talking about work or whether to buy a new jacket is pretty dull too. Time to start doing drugs or something cool.

You have no money

Women and men alike don’t appreciate being told that you’re a bit skint this month and will have to pay them back for their own birthday present. Get a third job, loser.

Do you ever stop to consider that some of the things you say and do might be off-putting? The next time you ramble on tediously about why certain cars are shit, or angrily explain your views about ‘gypsies’, perhaps take note of whether other people are looking slightly awkward.

You don’t know how to have sex

Sure most interactions are online, but have you considered that you haven’t been showering much lately? Don’t be too disheartened, just have a wash once in a while, you filthy f**king pig.

Five famous actors your mum can't remember the name of 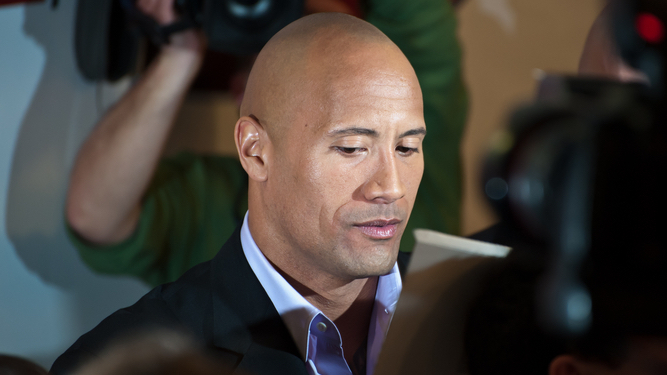 OUR nation’s mums are not always what you’d call cinephiles. Can you decipher which famous actors they’re talking about here?

1: You know him, the one with the voice. Oh he was good. So sad that he died. He was in that film where they were all in the forest for ages. And Bryan Adams was there. Did that other one with the man in the vest who was always saying ‘yippee’. He was so naughty in that. Also pretty sure he was in a ‘Harold Potter’.

2: The bloke with the mole. He’s really rather good. You’d like him. Tom or Bob or something. I think he used to drive a taxi. Did all those gangster films and the one where the man had to meet his girlfriend’s parents. I forget what it was called.

3: Ever such a big fella. And the muscles on him. Seems like a lovely man. I saw him on the side of a bus. I think he’s basically in everything. Pretty sure he used to do sports as well. Legs like tree trunks. Makes my tummy feel funny when he comes on the telly.

4: He does a lot of theatre. Is he gay or is that the other one? He did that movie with all the midgets and the dragons. Had a big, white beard like Santa.

5: You dad doesn’t like him – says he’s always tap dancing. Singing too. You actually can’t stop him from singing. It’s dead annoying. He was in the one where he ran away with the circus. And that weird one where he had scissors for hands. Or am I thinking of another one?

6: The really, really nice man. He did the one on the island. Blimey, he had hell of a time on that. It looked dangerous. And the other one, before that, where he played the piano with his feet. Now THAT is talent. I think he was the first man to get Covid too. I do hope he’s okay.