Five social media posts that show you're not getting any sex

IN a long-term relationship, trying not to think about how little sex you’re having? Unfortunately, you’re giving yourself away online:

A screen-grabbed map of your 40k cycle

Your cycle was timestamped at 7am when everyone knows only bin men and the celibate are awake, and 40k suggests you’ve got quite a bit of frustrated energy to burn off. Also, your partner seeing you wearing Lycra is never going to help, is it?

A picture of a homemade sourdough loaf

Your sourdough loaf is genuinely beautiful. It looks like it came from an artisan baker, or, alternatively, the home of someone who has not had sex for six months and is reduced to nurturing their sourdough starter like a lover.

New flats being built that will overlook your property?  Project your sexual frustrations outwards by having a shit fit about something you can’t control. Your partner is wisely ignoring you in favour of planting seeds in little pots, which will respond to her affection and not make a tedious fuss every night about who’s going to make dinner.

This is going too far: a pathetic, overt attempt to remind the world and yourself that you were once young, tanned, on holiday and off to get laid. Now the only thing getting laid is a new beige carpet in the living room.

A constant stream of pictures of Bugsy, the puppy

Bugsy the puppy, far from being an adorable, innocent new addition to the household, is an overt declaration of celibacy. It’s common knowledge that no-one can tolerate a puppy whining outside the bedroom door while they attempt to get it on so they might as well stop trying.

Maverick, and four other phrases arseholes use to describe themselves 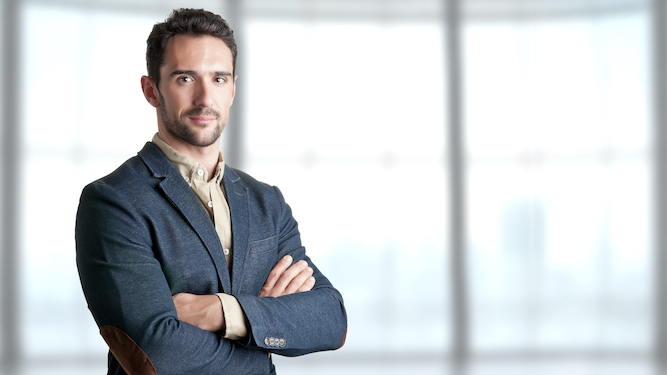 UNFORTUNATE enough to meet someone who describes themselves using these phrases? Be aware they’re basically just synonyms for ‘total prick’:

This person believes themselves to a Silicon Valley tech guru when, in reality, they work in IT for Homebase. They will prattle on about how a minor change they’re going to make to how tiles are categorised on the website is going to revolutionise the world.

Anyone describing themselves this way is also usually guilty of using the phrase ‘sheeple’. They imagine that they’ve seen through the the shadowy constructs of reality, when actually all they’ve done is watched a YouTube video featuring an emotionally unhinged American complaining about losing a fight on Twitter.

Only a truly weapons-grade bellend would sincerely call themselves this, and it’s typically used by office workers who think they’re too creative for the corporate world. However, their idea of not playing by the rules usually just amounts to occasionally taking an extra 15 minutes at lunch or putting their feet up in meetings when there’s no boss there.

This is usually used by someone trying to add an entirely unwarranted degree of mystique and glamour to their job. If anyone describes themselves as an ‘accountancy rockstar’, you’ll know that they are a wildly deluded prick.

Everyone has ideas, it’s one of the basic indications that you are a living, sentient human. This phrase is most frequently heard when the person is forced to defend a thoroughly stupid suggestion about reorganising petty cash, and will insist, ‘Look, I’m just an ideas man’. Yes you are, and they are all bad ideas.