GETTING a little too much action from Tinder/Bumble/Hinge? Add these to provide sweet relief from non-stop dating:

You with your ex

Seeing a picture of your potential fling in the arms of another can be perplexing. A friend, they’ll enquire? Sister? Cousin? Leave them in no doubt – this is your ex, you miss them terribly and no, no-one could never live up to them.

‘Here’s Johnny!’ works especially well if your name isn’t Johnny, but you could also go down the Saw route if you’re feeling fun. ‘Do you want to play a game? Where I make myself as off-putting and creepy as possible?’

You’ve got a limited number of slots for photos on these things, so why not waste one with a photo of the Lake District? It also implies you don’t have pictures of yourself because you have no friends, which is a reassuring red flag.

Why stop at your body count where you could explain in detail who you’ve slept with, when and how good it was? Provides much-needed context and the tantalising prospect of being added at the bottom of the list.

If someone really wants to get to know you they’ll ask. Why not get creative with your lies in the meantime? Keep them guessing with a triad of lies including ‘Drug addiction isn’t for me’, ‘I have a good income and own my own home’ and ‘I’ve never had sex dreams about Margaret Thatcher’. 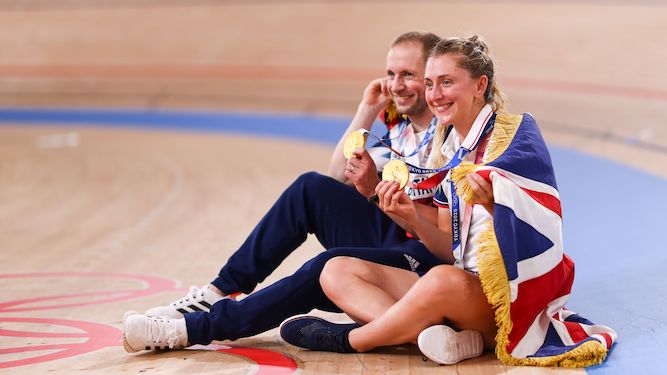 THE UK has proudly proclaimed that its Olympic heroes mean it is a major world power, while ignoring empty supermarket shelves.

Team GB’s incredible haul of 65 medals, placing us fourth in the table, has announced to the whole world that we are a nation to be reckoned with though admittedly also a nation that cannot get cucumbers.

Nathan Muir of Hereford said: “We’ve got medals in BMX, in modern pentathlon, in female weightlifting. That’s what matters. Stale bread tastes fine if you toast it.

“When Jason Kenny’s won seven gold medals in keirin, which I believe is a kind of cycling martial art, only small-minded petty losers with families to feed would carp about all the shelves in Sainsbury’s being empty by 10am.

“And it’s all because of Brexit. The amazing Olympic triumph that’s made us admired and feared around the world I mean, not the Army having to deliver dog food. Though that too.

“We may be looking at a long, hard winter of rationing and fuel shortages, but those accumulated medals will keep us feeling well-fed and warm. Thanks, heroes.”

He added: “Right, bored with that. I’m off to Tesco to threaten a shelf-stacker because there’s no Marmite.”