Friend horrified to discover she is considered 'best friend'

A WOMAN has been appalled to find that a casual friend believes she is her ‘best friend’.

Helen Archer had previously seen pal Nikki Hollis as someone convenient to go drinking with and assumed the feeling was mutual until unexpectedly told that they shared a ‘special bond’.

She said: “When did I become her best friend? It’s great that Nikki really likes and respects me but it’s also creepy, frightening and wrong.

“We were on our second Rioja when Nikki casually said how nice it was to have a best friend. I almost said ‘Yeah, like me and my mate Kelly,’ but realised just in time she meant me and a chill went down my spine.

“It’s like Dave who I flirt with at work suddenly saying he’s married to me and now we have to live together and have babies.

“I’m worried we’ll have to do ‘best friend’ things now. If she has kids do I have to be a godparent, whatever that means? Do I have to comfort her when her mum’s ill? I don’t even know if she’s got a mum. This is a nightmare.”

Hollis said: “Of course Emma’s pretending we’re just normal friends. Not many people have got a best friend with such a wicked sense of humour.” 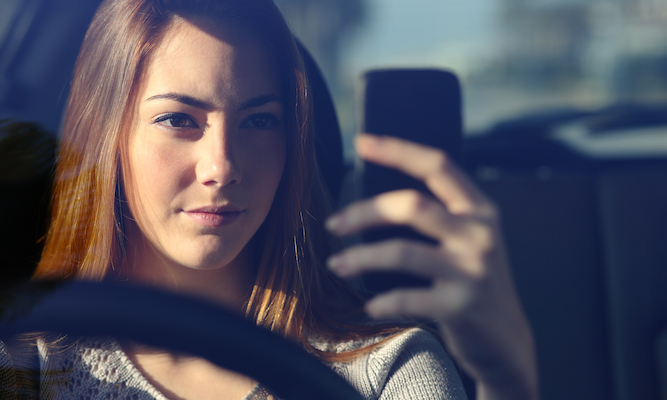 A WOMAN following her phone’s satellite navigation has total faith in it regardless of evidence, she has confirmed.

Emma Bradford, 26, has been driving for nearly double her expected journey time and has seen several signs suggesting she is on the wrong side of the country but remains committed regardless.

She said: “I’m not going to give up on Google Maps at the first sign of a cliff edge. I trust it.

“Yes, I’d never realised that Devon was on the way from Manchester to Nottingham, but this is probably some kind of 150-mile rat run to avoid congestion on the motorway. It’s so clever.

“The only other option would be to switch the phone off and try and read the signs like some kind of cave man. That doesn’t bear thinking about.”

Passenger Stephen Malley said: “We’re far too invested now to change course. Emma’s gripping the wheel white-knuckled with grim determination, like the captain at the helm of a sinking ship.

“The only honourable option is to reach the destination Google Maps is sending us to and begin a new life there.”