How are you pretending to enjoy being single?

BEING single is apparently now ‘self-partnering’ and it’s empowering and cool. Here are some ways to pretend you’re thrilled to be alone.

You have total freedom

Unfortunately this consists of the ‘freedom’ to do things like: not spend time with somebody you love; not have anyone to talk to at rubbish social events; and, of course, the freedom to not have sex.

You can date yourself

Some ‘single-positive’ people claim to go on ‘dates’ with themselves. This probably just means reading a book in a restaurant, unless you actually have a conversation with yourself, which will scare other diners and be extremely predictable. However you can guarantee you’ll be going back to yours for ‘sex’.

You’re just choosing not to have a partner right now

Exactly! You could hop right back into the relationships game any time you choose. (Note: This is probably slightly easier if you are ‘self-partnered’ extremely attractive multi-millionaire Hollywood actress Emma Watson.)

You can get into new activities

Proudly single people are weirdly into new activities, as if being in a couple means it’s illegal to do yoga. However it unquestionably frees up time for worthwhile activities – just don’t say things like “Being single means I can finally get involved with the local boy scouts”. That can come across the wrong way.

You can slob out

Slobbing out is undoubtedly fun, but keep mentioning how much you love it and you may find yourself drunkenly cackling at drivel on Netflix as you eat Nik Naks alone in bed for the rest of your life.

Five hellish Christmas things you're already being pressured into 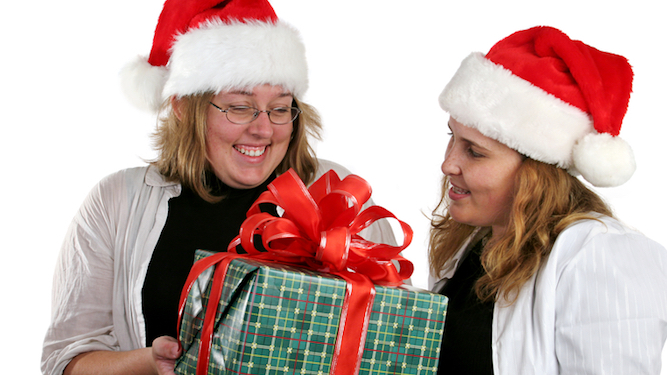 YOU’VE already been press-ganged into the work Christmas party, now your family and friends are at it too. Here’s some of the festive punishment they’ve got lined up.

Really just a chance to discover how little you’ve got in common with your school friends each year. You’ll end up going to avoid them thinking you hate them, which, frankly, you do. Be sure to mentally prepare yourself for gripping anecdotes about new cars and “my wife’s second career in pilates”.

The family-wide Secret Santa system was intended to save you all money on presents, but it comes at a cost – spending hours with your weird relatives and feigning delight at some rubbish present like a desk tidier you know your skinflint Auntie Joan only got because it was dirt cheap in Wilko.

If you don’t go people might think you’re a snob who’s got above their station because you now live somewhere with a passable cultural life and more than one bus a week. Therefore you are condemned to watch a version of Dick Whittington whose only attraction is some woman out of Coronation Street, which you don’t even watch.

It always sounds cute and romantic, like a Richard Curtis film, but really you only enjoy the three-minute period in which you’re blasting out Ding Dong Merrily on High. They don’t even give out mulled wine any more, due to that unfortunate incident with the vicar collapsing.

Wreath-making with your mum

A certain type of mum is really into wreath-making at Christmas, even though it’s tedious and fiddly and wreaths are quite morbid. Knuckle down to it and hope she doesn’t notice you’ve quietly drunk an entire bottle of sherry to alleviate the boredom.