How to be into superheroes but still have sex with ladies

DO you know rather too much about superheroes, but also desire a sexual relationship with a real-life woman? Trick them into thinking you’re normal:

Today’s superheroes have often been given a dark reboot with weighty themes, so really it’s like reading Proust if his characters dressed as animals and battled goth clowns. If you can convince a lady that Batman vs Three Jokers is basically Atonement, you might have a chance.

Keep your enthusiasm in check

On a date, stop talking if you find yourself expounding on any of these topics: Doctor Strange’s Eye of Agamotto; the out-of-print Avengers-Justice League crossover; the surprisingly deep characterisation of Rocket Raccoon.

Being a nerd, you’re bound to be hopelessly in love with Wonder Woman, Black Widow, Jean Grey and so on, all of whom are unfeasibly attractive. But you’ll have to compromise because Gal Gadot is not in Luton or on Tinder.

Be attractive to the ladies in some other way

Find a desirable trait to overshadow your huge Teen Titans collection, for example professional footballer or a tech billionaire. Your chances are almost nil but at least it stops you thinking about that missing Deathstroke first appearance all the time.

It’s usually considered best to be honest with your partner but discard that advice if you love Sue Storm more than her, which you do. Invest in a padlock for the loft instead.

Keep superheroes out of the bedroom

If you’ve somehow found a superhero-tolerant sexual partner, don’t ruin it by suggesting sexy cosplay. Even the most broadminded female will not wish to be She-Hulk, and she’ll certainly be disturbed by you wanting to bum Batman. 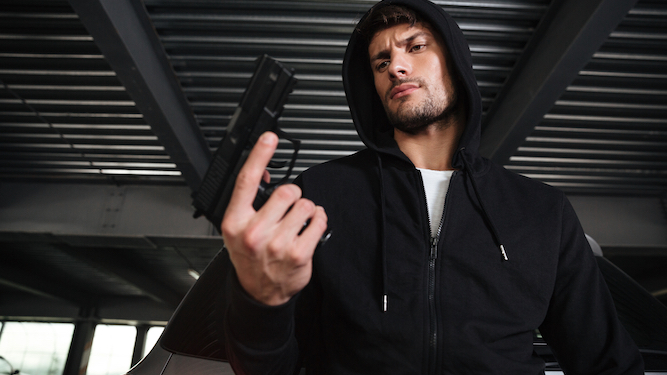 THE Government has announced it will break the law to do something it wants to do. When can you do the same?

If you disagree with something you thought was great last year

Perhaps you sold your car to a neighbour last December, but over the course of nine heavy-drinking months have decided you did not get a fair deal. The situation has therefore changed so take it back and sell it on.

If you’ve warned everybody in advance

Making an official statement announcing your intention to break the law by assuming possession of your former vehicle entirely absolves you of consequences for doing so. The police cannot touch you.

If you’re preparing for upcoming events

As long as you’re preparing for an upcoming shift of circumstances your law-breaking is prudent and foresighted. Those six kilos of cocaine are for when your employment ceases and you relaunch as an entrepreneur.

Anyone who does not personally approve of a law cannot be compelled to follow it, or freedom is a lie. Simply declare your animosity to drink-driving laws and you may be as intoxicated behind the wheel as you like.

If you don’t like the people who the law benefits

No judge could condemn obeying the law to the detriment of your own desires. For example, if your neighbour is involving the authorities over the issue of the car and they look set to take his side, you are legally clear to burn down his house.

If sovereignty is involved

If you need a distraction

In circumstances where you have been performing badly, for example at work given your drink-driving, feud with the neighbour and new role as a drugs kingpin, deliberately releasing plague-infested rats in the office is justifiable.

If Dominic Cummings, who runs the UK like a tech start-up that loses investors millions, says it’s okay to break the law then go ahead. After all he did it and was completely fine.