How to lose an argument with your partner

LOCKED in a war of words with your partner? Ensure you inevitably lose yet again by following these tips.

Use logic and reasoning

In any normal argument, logical explanations and appealing to someone’s rational nature are the path to resolution. But you’re not in a normal argument. You’re up against a ruthless opponent who will use their intimate knowledge of your many flaws against you. Victory can only be achieved by descending to their crazy level.

Try to reach a compromise

Think achieving some sort of middle ground will appease your partner? Think again. Even if they pretend to accept a compromise they will take note of your lack of spine and use it against you in the future. By trying to see their point of view you’ve just signed your own death warrant.

You’re not in a court of law. Providing carefully labelled and documented evidence to underline your point will not work. Instead your partner will double down on their crazy and bring up their own evidence, which is usually a minor mistake you made five years ago. This is a war of idiocy, and you’re heavily outgunned.

Aim to resolve things by bedtime

Your partner knows you try to resolve conflicts before bed, so all they have to do is run down the clock until you inevitably cave. Fight back by angrily choosing to sleep on the sofa, which is a totally normal way to deal with a spat about doing the washing up. It probably was your turn, to be fair.

Your partner might fall back on sexist stereotypes to claim victory. If you’re a guy she’ll say you’re too aggressive, if you’re a woman you’ll be told you’re neurotic. Go with the flow and be totally stereotypical: storm out and pointlessly go to the pub on your own, or phone your friends saying what a total shit your partner is, so you later look like an idiot for not dumping them there and then. 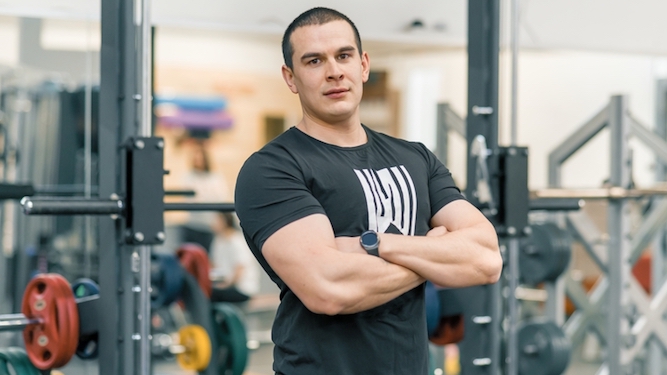 DO you like causing misery and suffering to others? Want to get paid for it rather than become a serial killer? Here are six careers that are perfect for power-crazed sadists.

Terrify your victims by frowning gravely during a routine check-up, then give them a bollocking for not using those little dental sticks. When the eagerly-awaited painful surgery begins, tell them it won’t hurt before sticking a f**king great needle in their gum. Hilariously, they then have to pay for the privilege of being psychologically and physically tortured.

You’ve kept yourself in peak physical shape over the years, so it’s only fair you get to make people do painful exercises and body-shame the fatties. Or just anyone less fit. Branch out into aerobics and you can do lots of shouting too, like your second choice of career, prison camp guard.

Any sadist would enjoy turning down desperate people who need a short-term loan to get by, then whack them with extortionate bank charges to keep them up financial shit creek. The possibilities are endless – foreclosing on a small business, suddenly cutting off someone’s overdraft, rejecting a nervous couple’s mortgage application. That’s the ultimate buzz.

Who better to bully than small children? Humiliate them by pulling them up in front of the whole class because they can’t spell ‘owl’, the twats. Then set hours of homework you know will make them and their parents feel subnormally thick. Weirdly, you’re rewarded for this awful behaviour, by being allowed to clock off by 3.30 and take massive summer holidays.

That car is clearly parked a quarter of an inch over the line, so grin sadistically to yourself as you write out a £75 on-the-spot fine. You’ll have such a sense of power you’ll almost believe you’ve got a proper authoritarian job, like a policeman or magistrate. And your uniform is the next best thing to being in the SS.

Hate the poor? The NHS? Migrants? You’ll get the chance to make them all suffer. People have already proved they’re stupid enough to vote for you no matter how much you despise them, so it’s a pretty safe job. You could end up a minister – or in the top job. You don’t even need qualifications, except being able to stick your penis in a dead pig’s mouth.