How to not get involved when a couple are rowing

A COUPLE having a blazing row should be given the privacy of only being observed discreetly, however entertaining it is. Don’t be tempted to do the following.

Resist the urge to cheer or boo

They probably won’t appreciate every comment or insult being applauded or derided by a smug bystander. Treating a serious problem in their relationship as a pantomime performed for your entertainment will make them stare daggers at you and even threaten violence. Oh yes it will.

There are rights and wrongs to every argument, but don’t hang around so long you’re passionately supporting one side over the other. Particularly if you’re with a partner, who may find it distasteful and weird, thus spreading the argument to you. And let’s face it, you haven’t won one yet, so don’t tempt fate.

Resist the urge to use score cards

It may seem hilarious to scribble scores on a bit of paper and hold them up like a Strictly judge, but a couple about to angrily break up after a five-year relationship may not share your wacky sense of fun. Also don’t film it on your phone for your own version of VAR when you get in.

Absolutely do not offer advice

Strangely, arguing couples do not take kindly to advice from a condescending passerby. ‘You really need to take five’ and ‘People say things they don’t mean in the heat of the moment’ are actually good advice, but the idiots won’t listen because it’s somehow ‘not your business’. And admittedly it’s not that relevant to a mega-serious argument, eg. he’s emptied their bank account to pay for prostitutes.

You might be quite a crowdpleaser down the local pub with your passable takes of Chris Eubank and Russell Brand, but mimicking a couple in the middle of a white-hot furious exchange may temporarily end your career as an impersonator due to severe facial bruising. That’s the last time you kindly take an interest in people’s problems. 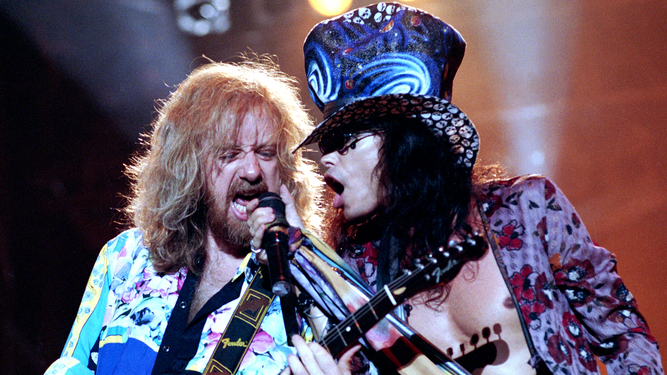 THESE power tunes by poncey-haired soft metal bands have become stuck in your head and can never be removed. And your brain has decided it’s going to sing along.

This global mind-masher from Swedish rock poodles Europe makes you gravely chant ‘It’s the final countdown!’ as if something terrible is about to happen. Despite the portentous tone, it’s not about nuclear oblivion, it’s about going to Venus, so you’ve got random space bollocks stuck in your head forever. Unwanted catchiness rating: 7 out of 10.

We Built This City – Starship

You can’t build a city from rock and roll. Concrete and girders are a better bet. And who’s going to provide the electrical infrastructure? The Bangles? Despite the non-physical nature of Starship’s music-based population centre, the chorus remains bloody indestructible in the mind of anyone that hears it, excluding GQ magazine, which voted it the worst song of all time. Unwanted catchiness rating: 8

Pour Some Sugar on Me – Def Leppard

Not a request from a client in a Tate and Lyle-themed fetish dungeon, an agonising extended metaphor from Sheffield’s finest girly-haired rock gods. Is the sugar sex? Can you pour sex on someone? It also contains the line ‘Demolition woman, can I be your man?’, which, ironically, is a great thing to say if you want sexual intercourse to stop immediately. Unwanted catchiness rating: 6

Livin’ on a Prayer – Bon Jovi

Starts out with a heartfelt blue collar tale of dockworker Tommy and waitress Gina – which is then obliterated by the rock anthem juggernaut of a chorus, causing your brain to slavishly chant ‘Woah, we’re halfway there…’ We never do find out what happens to Tommy’s ‘six-string in hock’. Maybe Jon Bon Jovi bought it, learned to play and became a millionaire while Tommy remained penniless and Gina left him. Clarification is needed. Unwanted catchiness rating: 9

In 1987 the ‘Bad boys of Boston’ unleashed this sensitive exploration of gender identity. Resist the Pavlovian urge to sing it aloud as the tacky handling of the subject may offend others. The only way to block it out is to recall another Aerosmith lobotomiser with stunted sexual content. Try ‘Love in an Elevator’. Unwanted catchiness rating: 10