How to tell if you're the seventh-most-liked friend

NO calls to hang out this week? Don’t panic, your friends don’t hate you, you might be just outside everyone’s rule of six by being seventh on the list. The clues are in the past:

That time everyone played ‘which Friends character are you’?

Of course there’s a Ross-and-Rachel will-they-won’t-they in the group, as well as a goofy pair of Chandler-and-Joey best buddies, and a hot, irritating Monica, and a kooky outsider Phoebe, and then everyone clapped their hands and declared the game done. Then looked around and saw you and said ‘And how can we forget Gunther?’

That time you had to get your own Uber

Remember that night out in 2019, when everyone decided to go on from the restaurant to a club, and called two Ubers, and piled into the Ubers, and the Ubers drove away leaving you at the kerb? Even when you could have gone in either middle seat? You should have known then you were never getting an invite to the reunion picnic.

That time you had to buy your own Secret Santa

Everyone knew you were in the group chat, right? Joining in the fun, saying ‘I hope I get Grace, I’ve got a hilarious gift for her.’ But then everyone got drawn, and just enough later for it to be suspicious you apparently got assigned yourself, and it was ‘too late to re-swap’, so you had to buy yourself a novelty mug, didn’t you?

That time you were at the wedding but not a bridesmaid

This was so understandable; weddings are expensive and not everyone can be a bridesmaid, and apparently it would have made the walk down the aisle uneven and awkward. But then the family dog was one. With its own dress.

Remember that time last September, when everyone met up for a drink in that country park and then went for a walk, and Emily fell backwards when she was having a wee behind a wall, and everyone had a great time despite the Covid? No. You don’t. Because you weren’t invited. 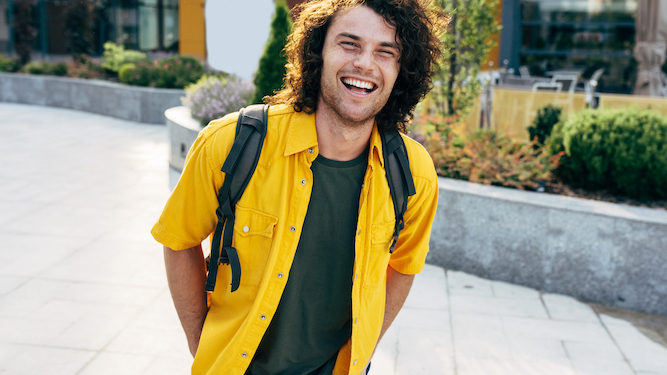 A F**KWIT believes that the first hesitant steps of easing Covid restrictions today means the virus is gone for good.

Clueless twat Wayne Hayes skimmed an article about the new lockdown measures before letting out a huge sigh of relief that the pandemic was finally over and never coming back.

Heading out maskless to Wetherspoons, Hayes said: “We did it, people. What a year.

“I thought I was waiting for the vaccine, but we must not need it. If we can meet up and play golf now then that means we’ve sent the virus packing and we’ll never hear about it again.

“To celebrate, I’m going to spend today down the pub, get a haircut, then maybe book a flight to Japan for the Olympics, all of which I’m assuming are perfectly fine now.

“We’ll probably have forgotten how miserable it all was in a few weeks. Chris Whitty will be on TV showing us some slides and we’ll be like who the f**k is he? Why’s he so far from that other bloke?”

Friend Ryan Whittaker said: “Wayne was exactly like this when we unlocked last year. Then he ate out to help out three times in a week and got Covid from Wagamamas.”