'How you been?' 'Alright, you?' say brothers who haven't seen each other in four months

A PAIR of brothers separated for the whole of lockdown have effortlessly slipped back into their emotionally detached rapport.

Tom Booker met older brother Ryan for a drink yesterday to exchange superficial pleasantries as if the coronavirus lockdown had never happened.

Tom said: “We’ve been texting the whole time. I think about four times.

“So when we met up we talked about this Homes Under the Hammer episode we’d both watched, and that Oasis demo that got released, and Leeds getting promoted, and I think that was it.

“I mean I suppose I’ve missed him a bit or whatever. But he lives on his own and doesn’t really have any friends or workmates or shit, so if I got in touch it might have been overwhelming.

“We parted with a curt nod, saying ‘See ya’ without any indication we cared, then went our separate ways. It was just like Dad’s at Christmas.”

Ryan said: “I wondered if he’d mention anything emotional, like when he broke my Zoids Scorpear in 1993. Good to see he’s still alive though. I guess.”

Five virtual date ideas to make you glad you're single 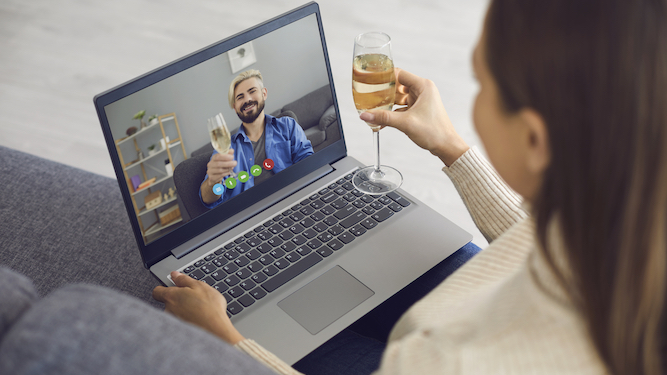 ARE you pining for romance among the socially-distanced? Try these virtual date ideas then be glad you’re alone until 2021:

Watching a movie is the perfect way to spend time with someone without any awkward interaction, which is really brought home when you’re on your own in your flat trying to ostentatiously enjoy Roma in tense silence and occasional throat-clearings.

This is where you realise their kitchen skills include making a cheese toastie and eating said cheese toastie. Meanwhile you’ve got dressed up and slaved away over a red onion and goats’ cheese risotto to eat alone. Pretend the internet connection failed and have a wank.

Like a dinner date only more embarrassing and in public. People in the park will think you’ve totally lost it as you toast a glass of wine to a phone that’s propped against a bag of Kettle Chips, and kids playing football will rightfully use the back of your head as target practice.

Chucking on the Glastonbury highlights sounds like an easy win on paper, but after a few minutes the sight of thousands of people crammed together partying in a field will reduce you to a sobbing, envious mess wishing you hadn’t done that MDMA.