A HUSBAND has accepted he will be spending most of the day alone with the kids after his wife told him she was “off for a quick bath”.

Upon hearing the bath would be ‘quick’, Martin Bishop’s heart sank as he realised he would be responsible for household chores and childcare for an extremely long time.

Bishop said: “She often goes for ‘quick’ baths but what are they quick in relation to? Learning French, the lifespan of a horse, designing a cathedral, what?

“She actually put some stuff in a bag for this one, including a selection of magazines, a large bar of chocolate and a homemade smoothie. That alone took her 15 minutes.

“Now I’ve got to do all the tedious kids’ stuff. Oven chips and salt is a pretty balanced meal, right?”

Bishop’s wife Sarah said: “Martin should count himself lucky I said ‘quick bath’ and not just ‘bath’ because then he would not be seeing me until bedtime.” 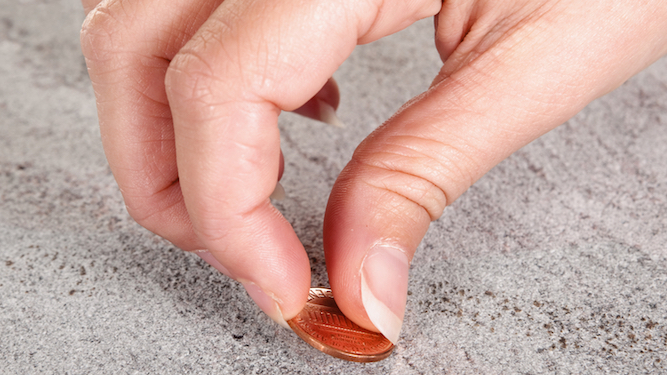 DO you have an intellectually challenged friend or relative who absolutely will not give up their belief that carrots give you night vision? Here is some other rubbish to ignore.

If you’ve ever woken up hungover with a vague recollection of trying this after getting shitfaced at home, you should know that all it does is produce a muddy brown stain and a lingering sense of self-disgust.

Cracking your knuckles gives you arthritis

Scientists have never found any evidence to suggest that one causes the other, but there is a large body of indisputable anecdotal evidence that it is really f**king annoying.

An apple a day keeps the doctor away

It must have been great living in the days before everyone was so scared of cancer and heart disease they felt obliged to force down five items of fruit and vegetables a day, but sadly this isn’t true. It just rhymes.

Clearly mumbo jumbo, especially now we live in times where bad things come constantly in one long hideous stream called 24-hour news. Also assumes some malevolent supernatural force is in charge of bad things and hates even numbers like 2, 4 or 8.

Picking up a penny will bring luck

Picking a penny up from the pavement will not bring good luck, because that is superstitious nonsense, but it may bring a host of unpleasant diseases and quite possibly some dog poo.